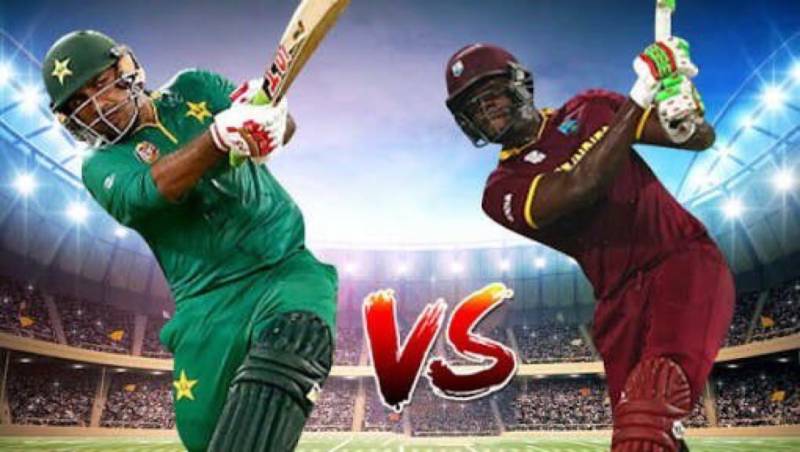 The guests were received by Sindh Sports Minister Sardar Bux Mahar at the Jinnah International Airport. The team members were presented the traditional Sindhi 'Ajrak' by the minister. They were later taken to their hotel just after they arrived at the airport. 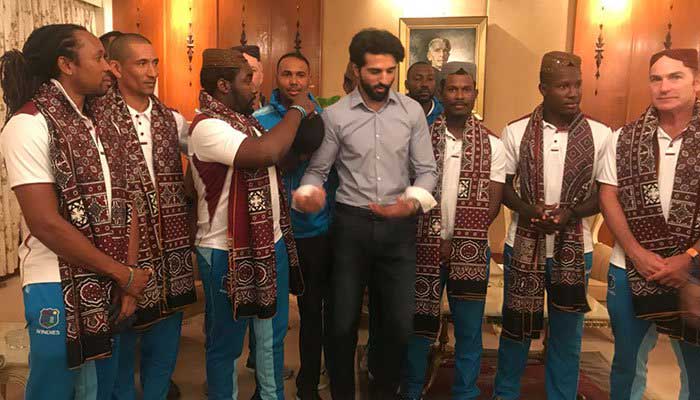 As the West Indies cricket team could not get all seats in one flight it was decided to travel in two groups through different flights from Dubai to Karachi. The rest of the squad will arrive via another flight early morning on Sunday.

The PCB chief informed that the remaining players would join in tomorrow.

First group of 11 West Indies players have arrived in Karachi. Others coming tomorrow.

The World T20I champions will play a series of three matches against Pakistan at the National Stadium on April 1, 2 and 3.

The city of lights last hosted an international game in 2009 when Sri Lanka played a test match before an attack by gunmen on its team bus in Lahore shut the door of international cricket on Pakistan.

Lahore has been favoured for the few international forays into Pakistan since 2009 hosting Zimbabwe in 2015 before the visit of a World XI and international players in the Pakistan Super League final in 2017.

Carlos Brathwaite, Chris Gayle, Jason Holder and Devendra Bishoo decided to skip the series due to security concerns but the West Indies have still brought a strong squad along.

The 31-year-old Jason Mohammed will lead a squad that includes 4 newcomers with a minimum of two T20I debuts guaranteed for Sunday.

The four bolters in the Windies group are Andre McCarthy, a middle-order batsman, pacers Odean Smith and Keemo Paul, and Veerasammy Permaul, the left-arm spinner who has played Tests and ODIs but not T20Is.

The crowds in Pakistan will enjoy the talents of Marlon Samuels, Samuel Badree, Andre Fletcher, Rovman Powell and Kesrick Williams.

Pakistan will likely also take the opportunity to blood some fresh talent with uncapped youngsters Asif Ali, Hussain Talat and Shaheen Afridi included in the squad led by Sarfaraz Ahmed.

The home team will be looking to retain their number one ranking.