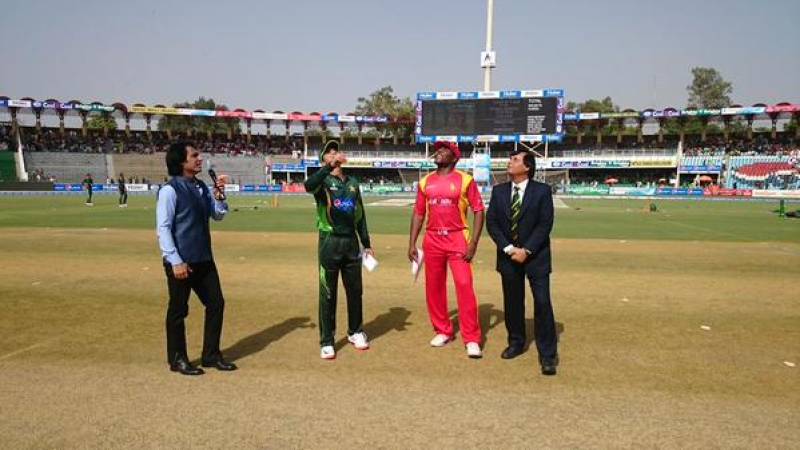 LAHORE (Staff Report) - Pakistan won the toss and elected to bat first on Sunday in the final match of three ODI series at Lahore's Gaddafi Stadium.

Pakistan skipper Azhar Ali, after winning the toss, said that Babar Azam and Junaid Khan have been inducted into playing eleven in the places of Muhammad Sami and Haris Sohail.

Zimbabwe has also made two changes for the third ODI as Vetori and Mupariwa have been left out and Roy Kaia and Mpofu are included in the team.

Pakistan has already bagged the series by 2-0 however it has to win this match as well to enlighten its chances to qualify for Champions Trophy 2017 that is scheduled to be played in England.