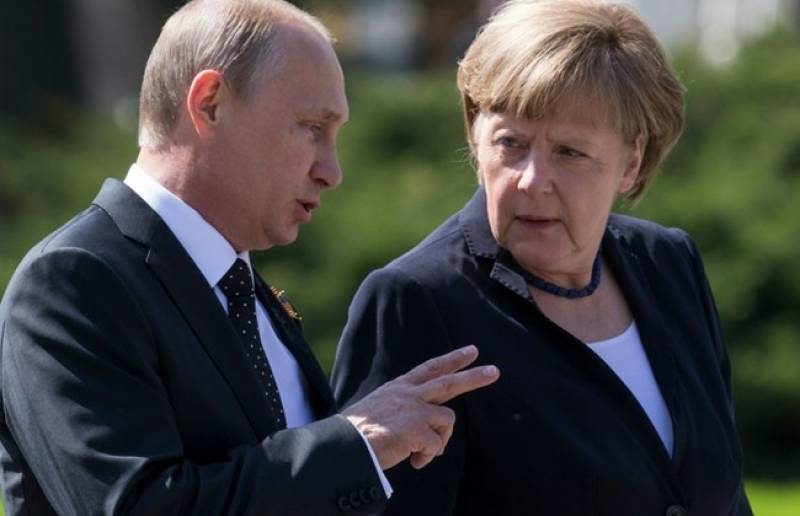 BERLIN (APP) - Russia should be invited to rejoin a summit of the Group of Seven industrial powers next weekend, the heads of two German business lobby groups were quoted as saying on Sunday.

The leaders of the G7 nations held a summit without Russian President Vladimir Putin last year in protest against Russia's annexation of Ukraine's Crimea region.

With little sign of the fighting in eastern Ukraine ending despite a ceasefire deal agreed in Minsk over three months ago, the exclusion has continued for a second year running. Eckhard Cordes, chairman of

Germany's Committee on Eastern Economic relations, which represents the interests of about 200 companies with investments in Russia, said barring Russia from the summit was a missed opportunity.

"A G7 meeting with Russia could contribute to solving crises and stir Russia into constructive steps in the Ukraine conflict," Cordes told the Welt am Sonntag newspaper, adding it was always better to talk with each other than about each other. Relations between Russia and the West have deteriorated over the conflict in Ukraine. The European Union on Saturday criticised a new Russian blacklist which bars 89 EU politicians from entering the country, calling it "arbitrary and unjustified."

Matthias Platzeck, chairman of the German-Russian Forum business lobby and senior member of the Social Democrats (SPD), also said it was time to invite Russia back to the G7. "The process of disintegration in the Middle East, in Iran, Afghanistan and Syria can only be solved with Russia," he told the paper, adding international terrorism can only be fought with information from Russia's secret services.

German Chancellor Angela Merkel will host leaders from the United States, Britain, France, Canada, Italy and Japan at a Bavarian castle on June 7-8.

Last month German Foreign Minister Frank-Walter Steinmeier dismissed calls to invite Russia to the G7, saying it could not just be "business as usual" after the illegal annexation of Crimea.