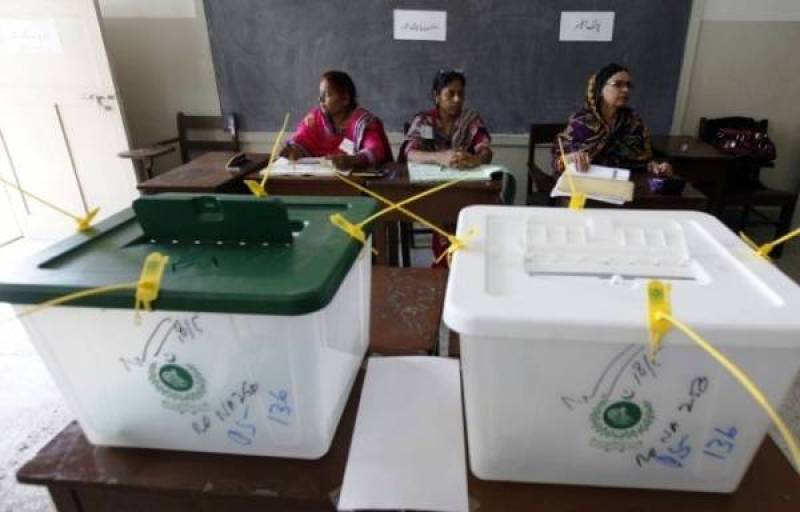 PESHAWAR (Web Desk) - An impressive number of voters in Khyber Pakhtunkhwa turned out to elect their local council representatives on Saturday in the largest-ever electoral exercise in the province, however, a large number of irregularities were also recorded during the voting, said Free and Fair Election Network (FAFEN) on Sunday.

The report said that although the campaign period remained peaceful to a large extent, Election Day was marked by administrative mismanagement, extremely slow processing of voters, procedural irregularities and several reports of violence and bar on women voters.

Polling was held in 3,339 neighborhood and village councils of 978 wards in 24 districts of the province, with the exception of Kohistan where the elections were stayed by the Peshawar High Court.

Despite the massive scale and evolving legislation and regulatory framework, the Election Commission of Pakistan (ECP) managed to conduct the polls on the date assigned by the Supreme Court of Pakistan in its order on March 6, 2015.

In line with its mandate to observe the elections and advocate for electoral reforms for transparent, accountable and responsive elections which can enable voters and candidates to exercise their electoral rights without any inducement and fear, FAFEN conducted an assessment of the pre-election processes in 19 districts and observed the elections in all 24 districts.

Many of the issues observed through the electoral process were due to lack of clarity of the new local government system among stakeholders involved in the conduct of these elections – voters, candidates, election/government officials in addition to the polling staff. Equally critical was the legislative areas with respect to the rights and entitlement of voters and the responding mandate of the ECP to protect them.

FAFEN’s initial findings showed that political parties and contesting candidates, particularly for tehsil and district councils, were freely breaching the electoral law that bars all sorts of canvassing within a 200 meters radius around polling stations. Campaigning of candidates went on freely at party camps set up close to the polling stations, with no action reported from anywhere to curb these activities.

The delay in opening was caused by various reasons, such as late arrival of polling officials; logistical arrangements; unavailability of essential election material (voters’ lists, stationary, ballot boxes etc.) and erroneous printing of ballot papers. Polling was also delayed due to overzealous voters and polling agents who interfered with the work of polling officials.

The polling scheme was not finalized to accommodate the increase in voters as well as the complex ballot processing requirements envisaged by the KP Local Government Act. The ECP also did not publish a detailed district-wise polling scheme on its website.

Although three assistant presiding officers were deployed at every polling booth to process six to seven ballot papers, the arrangement remained inadequate as long queues were observed inside and outside most polling stations. Essential material such as counting forms and ballot account forms were observed to be provided at polling stations through the day.

The slow processing of voters, in many cases, prolonged voting beyond polling hours as voters were present inside polling stations after the scheduled closing time of 5pm. There were also reports of voting being continued well after 8pm in some polling stations in Abbottabad and Battagram.

FAFEN observers also reported 19 incidents of polling stations being captured by the supporters of contesting candidates and political parties in nine districts. Around 26% of such incidents were reported from Haripur, followed by 16% each from Peshawar and Bannu.

Although the participation of women voters improved considerably compared to previous polls in the province, obstacles to women’s voting were, nevertheless, prevalent in several areas.

Despite a relatively-improved accreditation process by the ECP and better coordination between the ECP and the KP government on the issue, FAFEN observers faced obstacles in their work and were stopped from observing the voting and counting process in many areas.

Restrictions on observation were reported from at least one polling station in 34 wards of 11 districts. At least one observer in Peshawar was taken into custody when he tried to persuade the security officials to let him talk to the presiding officer. Another observer was injured during a violence incident in Peshawar.

A local government election system inspiring public confidence is critical to strengthening democracy in Pakistan. The existing legal and administrative frameworks, as proposed/enacted by the provinces for the conduct of local government elections, are inadequate to meet internationally-accepted and constitutionally endorsed standards of electoral freedom, fairness, neutrality and transparency.

Having observed the above-mentioned irregularities and misconduct, FAFEN proposes a federal framework legislation to define the role of the ECP to conduct consistent, free, fair and transparent local government elections.