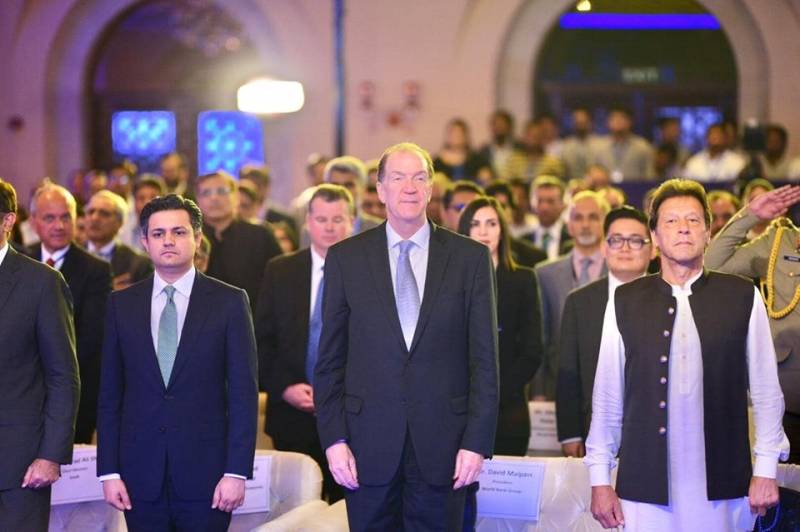 ISLAMABAD – Prime Minister Imran Khan Thursday while calling Pakistan’s improved ranking in ease of doing business a beginning, stressed his economic team to make a new start by doing away with the mindset resisting the wealth creation in the country.

Addressing ‘Doing Business Reforms Exhibition’ held by the Board of Investment (BoI), he expressed his future plan to boost industrialisation for the economic uplift of the country.

He said, “We want industrialisation. We want wealth creation”.

The prime minister said the government wanted industrialization and alleviate poverty through more tax collection and spending to uplift the people’s living standards.

Giving a historical perspective of the national economy , the prime minister said the country had been doing well till 1970s when the then government started nationalization of the industries which badly damaged the economy coupled with the bureaucratic mindset considering the wealth creation a sin.

He said that the future belonged to the wealth creation enabling any government to collect more taxes and spend on public welfare.

The prime minister congratulated his economic team and all other stakeholders on the celebration of Pakistan’s 28-point jump in World Bank’s ranking of countries regarding ease of doing business.

However, he said the celebration had been spoiled by the tragic train accident in Rahim Yar Khan and prayed for peace of the deceased souls and strength for the victim families to bear the loss.

The event also marked the launch of BoI’s new website www.invest.gov.pk introducing more interactive features to facilitate the investors to launch their businesses.

He said, unfortunately, the very mindset persisted even today which needed to be done away to make a start with a new mindset.

He said the government had managed to reduce the current account deficit and was striving to address the trade deficit by promoting the export-driven economy .