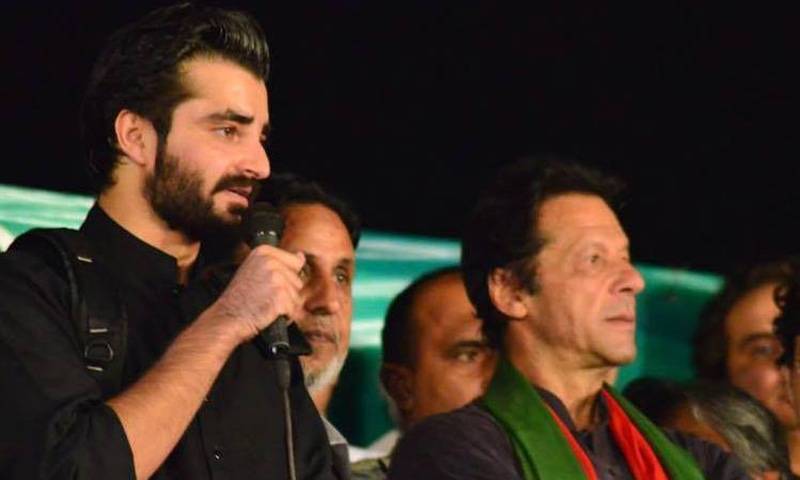 LAHORE (Web Desk) - Hamza Ali Abbasi apparently thinks he is not good enough for the post of Secretary culture PTI.

In a lengthy status on Facebook, Hamza Ali Abbasi stated that he had decided he wasn’t fit for the cultural position his party had assigned him due to his recent involvement in a film Jawani Phir Nahi Aani. Hamza felt he had not acted according to his beliefs and considered the movie to be against the cultural values of Pakistan.

Hence, he deemed himself no longer fit to represent Pakistan’s culture from any political party in Pakistan.

Abbasi posts actively on Facebook and discusses his personal, political and religious views quite frequently.

In Imran Khan’s protest sit-in last year at Islamabad D-Chowk, Hamza Ali Abbasi along with director Bilal Lashari also joined hands with Khan and became a part of his protest.