Is a sequel in making for Khalil Ur Rehamn's Meray Paas Tum Ho? 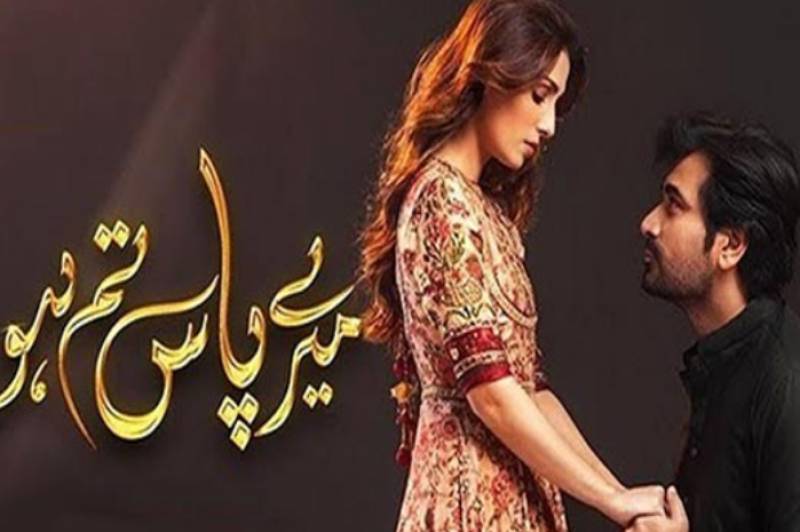 KARACHI - Famed director Khalil Ur Rehman has recently hinted about blockbuster drama Meray Paas Tum Ho’s sequel. Speaking to the media officials, the writer said a sequel could come in the near future. “I normally do not write sequels for my dramas, but I may think of a sequel for this one,” stated Khalil.

He thanked fans for the tremendous response the drama has received following the airing of its last episode. He also shared his experience of working with a dynamic cast and director.

KARACHI - The advance bookings for the finale of Meray Paas Tum Ho have hit a record high. Tickets for the ...

The finale of Humayun Saeed starrer was on air on national TV channel, ARY digital and in cinemas across the country on January 25.

A woman named Maham has filed a petitioning Lahore civil court to halt MPTH’s last episode as the drama depicts ...

Twitter is on a roll since the drama ended as Meray Paas Tum Ho trended on the microblogging site. Other social media platforms such as Facebook, Instagram, Whatsapp are also abuzz with fans discussing the ending and sharing memes.

Directed by Nadeem Baig, MPTH became extremely popular over time due to its storyline and dialogues. The drama has been etched on the hearts of fans forever after a five-month successful run. It has created history in terms of TRP’s and advances ticket bookings for cinema screening.

Are you excited to watch MPTH's sequel? Let us know your thoughts in the comments below.