Mufti Qavi prays for MPTH's Danish to get hoors in heaven, see video

MPTH is being written by Khalilur Rehman Qamar and directed by Nadeem Baig. 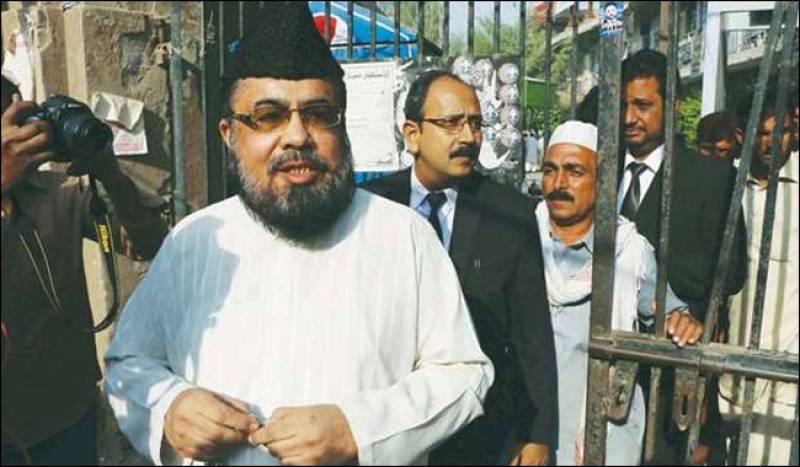 LAHORE -  Mufti Qavi has been recently spotted praying for Danish (played by Humayun Saeed), who died of a cardiac arrest in the last episode of the hit show, Meray Pass Tum Ho, last week.

As per the details, a video doing rounds over the internet showed the cleric, who is not new to controversy, praying for the MPTH protagonist, who died after a chat with his wife (played by Ayeza Khan).

The finale showed Danish returning to see his wife when his old house reminds him of the bitter memories when she left him for affluent businessman Shahvar (played by Adnan Siddiqui). He then suffers a heart attack and later passes away at a hospital, leaving fans devastated.

Qavi’s viral video on Monday showed him receiving a phone call over which he is informed of Danish’s death. “Inna Lillahi Wa Inna Ilayhi Raji’un [Indeed, to God we belong and to God we shall return],” he can be heard as saying in response, telling the “woman” to call him later since he had to pray for the departed soul.

“God, please grant Danish, who has just passed away, the highest rank in Jannah. Bless him with more than what he had here… with more hoors [companions of paradise] than he had here […] And grant the girl, who just called me, the strength to bear the loss…” the cleric can be heard as saying while crying and praying for the fictional character.