“I had been married for 12 years before Hira, and I had a son named 'Nayyer': Mani 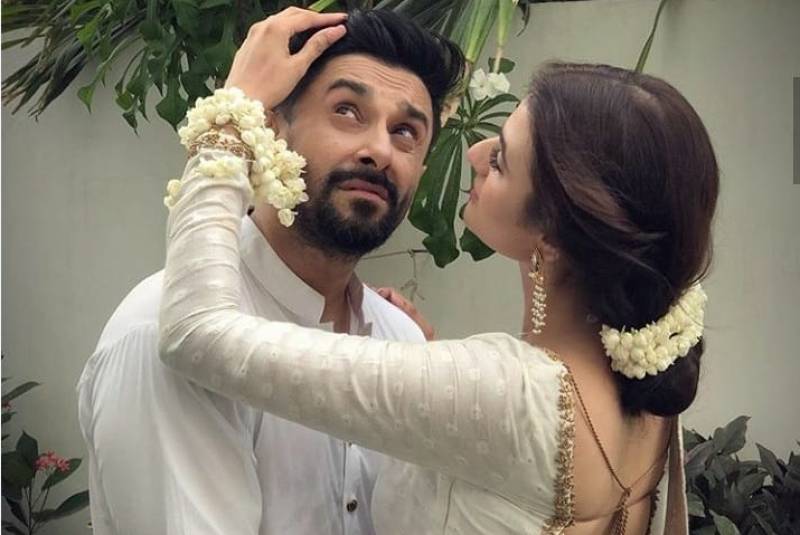 LAHORE- In a recent episode of Gupshup with Shaista Lodhi, Salman Saqib Sheikh, a.k.a Mani opened up about his personal life and family bonding. In the verge of which, he revealed a secret that left the viewers shocked, but later turned out to be a ‘joke’.

During the show, Lodhi inquired about the actor’s first marriage, and how his ‘current’ wife found out about it. In response to which, Mani casually said, “I had been married for 12 years before Hira, and I had a son named ‘Nayyer,’ It’s a pretty old school name now. However, one day my first wife came to our doorstep, asking me for money for our son. Hira found out and to my surprise, she said she is willing to accept Nayyer as her own. I couldn’t believe how big of a heart she had.”

Mani further added that the incident never reached the public as bloggers and the paparazzi were not as active at the time. However, after confessing these unbelievable turn of events and making them believable, Mani said that he was just messing around, and laughed at his convincingly sober attitude.

However, the fact that he himself continued to address his statement on his Instagram page with a post from another source,  has left people confused if this was just another publicity stunt or is Mani revealing the unwanted truth about his life.