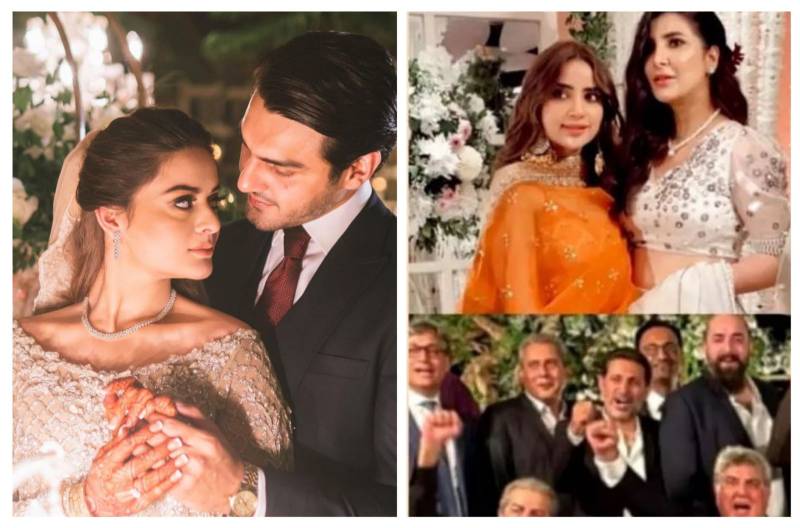 Minal Khan and Ahsan Mohsin Ikram’s wedding festivities might have ended but the fairytale wedding that concluded a week ago is still the talk of the town.

This time around, the memer's community have spotted international celebrity look-alikes in the wedding photos of the couple.

Needless to say, the netizens are rolling with laughter as the uncanny doppelgangers prove that the internet's humour is at its very best.

The beaming bride Minal Khan herself also endorsed the meme and shared it on her Instagram story recently.

The star-studded wedding was a fabulous affair and the guest list included some famous celebrities who were spotted mingling with the happy couple.

Minal Khan and Ahsan Mohsin Ikram's wedding festivities have finally concluded as the stunning duo sealed the deal with ...