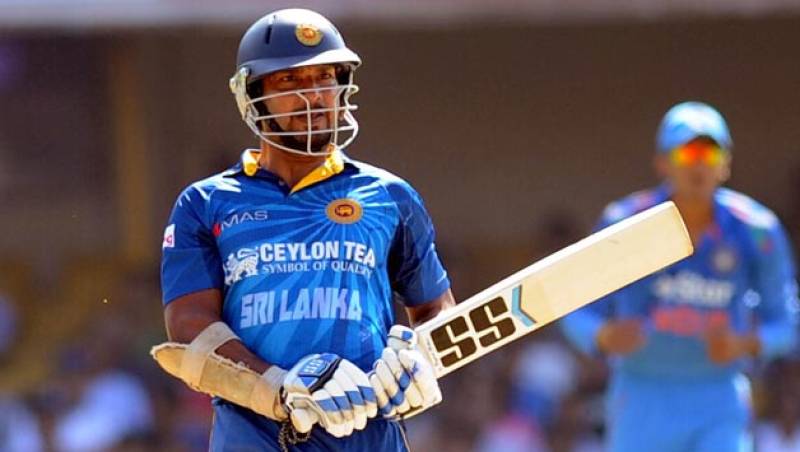 COLOMBO (APP) - Sri Lanka's sports minister on Wednesday urged the world's number one batsman Kumar Sangakkara to reconsider plans to retire from Test cricket and urged him to play on for another year.

Navin Dissanayake told reporters that he hoped a government-ordered overhaul of Sri Lanka Cricket might persuade the 37-year-old to stick around a bit longer after he again underlined his class at the World Cup.

"As sports minister, I humbly appeal to Kumar to reconsider (retirement) and play for the country for at least one more year," the minister said in Colombo.

Dissanayake said he hoped that the appointment of an interim management team, headed by former Test player Sidath Wettimuny, would demonstrate the new government's determination to "clean up" the governing body which has been beset by accusations of corruption and mismanagement.

"I spoke with him (Sangakkara) in New Zealand during the World Cup," the minister said in Colombo.

"He was very disappointed and unhappy (with the cricket administration) and now that there is a change, I think there is a possibility that he will change his mind." The minister said he had "asked Sidath to talk to Kumar" about staying on after the left-hander's outstanding performances at the World Cup.

Sangakarra scored an unprecedented four successive ODI hundreds during the tournament in Australia and New Zealand, racking up a total of 541 in seven innings at an average of over 108.

As well as being the number one batsman in the world rankings for Test cricket, the former captain is also the number two in the ODI rankings.

Although Sangakkara had announced before the World Cup that it would be his swansong in one-day international cricket, he caused a stir during the tournament by speaking of his intention to quit Tests within months.

"There are Test matches in June and July, and I will be done by the end of August," he told the ESPNcricinfo website. "A series or two in June and in August, and that's it." Sri Lanka are due to play both Pakistan and India over the summer, although the exact dates are yet to be finalised.

Sangakkara has already signed up to play for English county side Surrey in 2015 and 2016, complicating the prospects of a u-turn.

He has scored 12,203 runs in Test cricket, more than any other active player, putting him at number six in the all-time list.

There was no immediate comment from Sangakkara to the minister's appeal.