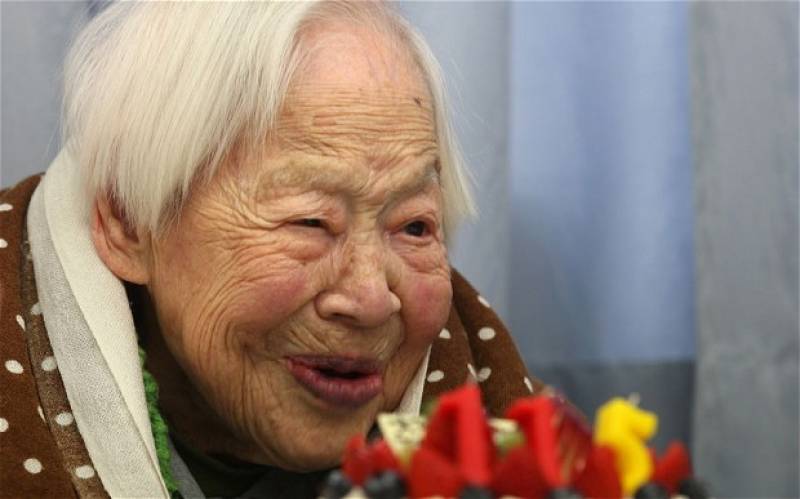 OSAKA (Web Desk) - The world's oldest living person, Japan's Misao Okawa, has died from heart failure at the age of 117.

While celebrating her birthday earlier this month, Okawa said that 117 years did not seem such a long time.

She also said the key to a long life was getting at least eight hours of sleep a night and eating sushi - her favourite food.

She said she particularly enjoyed mackerel on vinegar-steamed rice.

Her birthday celebration was shown on national television in Japan.

Born to a kimono-maker, Okawa married her husband Yukio in 1919. They lived in Kobe where he ran a business. When he died in 1931, she moved back to Osaka.

She lived across three centuries, seeing four emperors of Japan, six British monarchs, and 20 US presidents.

Craig Glenday, the editor-in-chief of Guinness World Records, said previously of Okawa: "Her impressive longevity... is an inspiration and a testament to the Japanese lifestyle."

Okawa's name has since been taken down for the entry for the world's oldest living person on the organisation's site.

It is not yet known who now holds that record, but the site does state that the oldest living man is Sakari Momoi, also of Japan, who turned 112 in February.

The oldest person who has ever lived according to Guinness was Jeanne Calment of France, who lived 122 years and 164 days. She died in August 1997.