Ali Sethi set to speak at the Lahore Music Meet 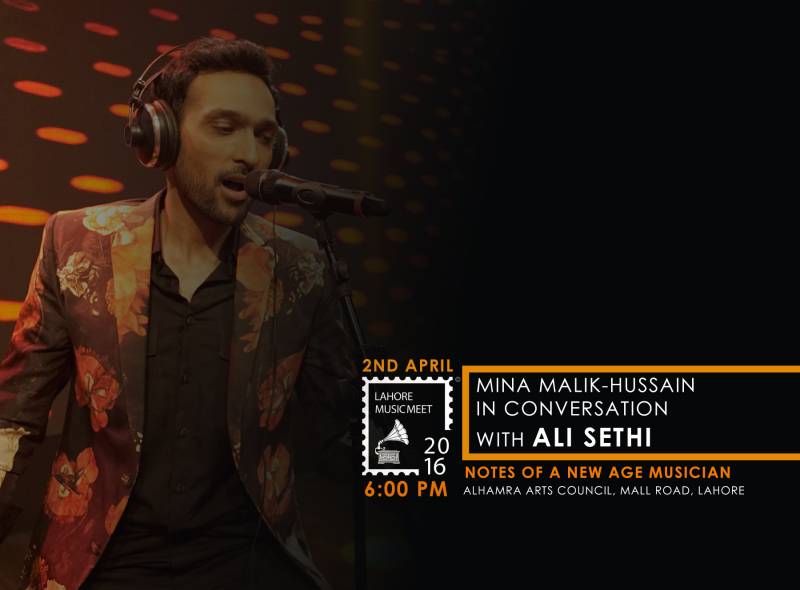 Lahore (Web Desk) - Ali Sethi is a Lahore-born writer and musician. A graduate of Harvard College, he is the author of the acclaimed debut novel ‘The Wish Maker’ and a contributor to The New York Times op-ed page. Ali is also a classically trained vocalist. He made his singing debut on Season 8 of Coke Studio Pakistan and was featured on the soundtracks of Mira Nair’s ‘The Reluctant Fundamentalist’ (2013) and Sarmad Khoosat’s ‘Manto’ (2015). His latest single ‘Mahi Mera’ featuring folk artist Jamaldin was met with much acclaim. Presently Ali is making a documentary film and working on his second book.

Multifaceted musician Ali Sethi is set to take part in the second Lahore Music Meet on the 2nd of April at a session titled “Notes of a New Age Musician”, in conversation with academic Mina Malik Hussain. The session will be held at 6.00 PM at the Alhamra Arts Council, Hall 4, on the Mall in Lahore as part of the prestigious Lahore Music Meet.

Indeed the Lahore Music Meet (LMM) is a two-day event dedicated to the celebration and critique of music in Pakistan in collaboration with the Alhamra Arts Council, Lahore. LMM aims to bring together enthusiasts, artisans, artists, patrons, industry representatives and academics to initiate dialogue on the developments in music and their shortcomings.