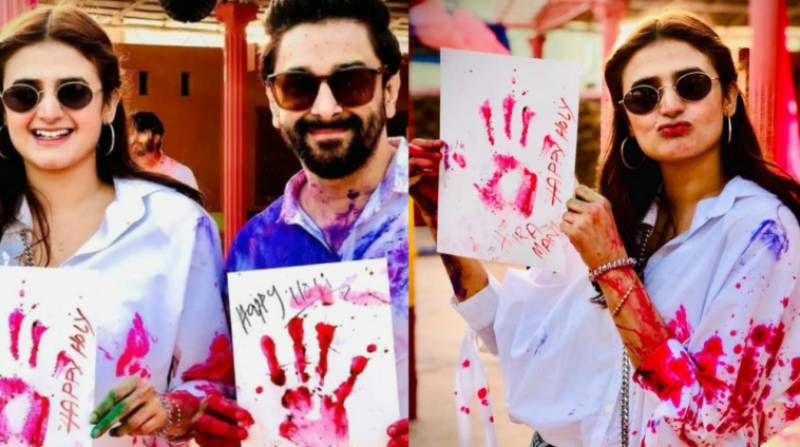 Pakistani stars Hira Mani and her husband are one of the most-liked celebrity couples in Pakistan. Every now and then the duo keeps the fans updates with adorable glimpses of their private life.

Religious festivals of Holi were celebrated across the country on Sunday. The Hindu community celebrated Holi and threw colours of happiness and love at each other.

Hira Mani and her husband also jumped onto the bandwagon and attended a Holi party at her friend’s place.

Drenched in vibrant colours, the celebrity couple Hira and her husband Mani had the time of their life as they played with the colours and danced away at the party. But their celebration did not sit well with the public.

The netizens were quick to react as they labelled the public figures as "hypocrites". Moreover, the keyboard warriors pointed out that Holi is entirely a Hindu festival that should not be celebrated by Muslims.

Earlier, the Do Bol star celebrated her husband's birthday with a fun birthday bash with close friends and family.

Pakistani stars Hira Mani and her husband are one of the most-liked celebrity couples in Pakistan. Every now and then ...