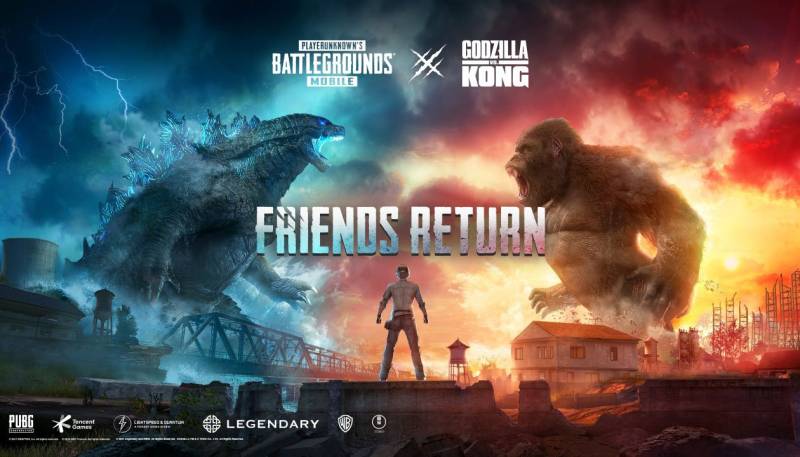 PUBG MOBILE will soon roll out an exclusive in-game event Godzilla vs. Kong in celebration of the epic action adventure movie that features themed content throughout the game.

PUBG Mobile is one of the most played battle royale titles, gaining more than 1 billion downloads worldwide. The game has been phenomenally successful in all spheres, achieving unprecedented milestones.

Earlier this month, Godzilla vs. Kong director Adam Wingard took to social media to wish PUBG MOBILE a happy third anniversary, revealing the upcoming collaboration between the game and movie.

PUBG Mobile has released a teaser for their latest crossover with Godzilla vs Kong. The announcement was made during the 3rd-anniversary celebration party, which featured three renowned DJs: Alesso, Lost Frequencies, and R3HAB.

So you can take the battlefield - but what about Godzilla and Kong?🐊🦍 Get ready for a gameplay mode where you will come face to face with both legends! 🤯 Stay tuned for more details and catch the brand new movie Godzilla vs. Kong starting March 31st! 🎥💫 pic.twitter.com/uSE15AoWHw

In the past, the game has had several memorable collaborations with renowned franchises like Godzilla: King of the Monsters, Mission Impossible, Metro Exodus, and The Walking Dead, which has managed to keep the players engrossed for months.