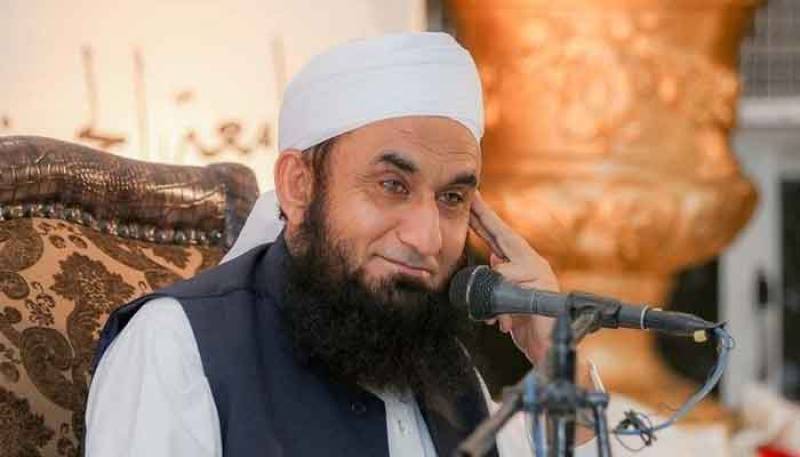 LAHORE – Prominent religious leader Maulana Tariq Jameel has responded to a photo associated with him on social media.

On his twitter handle, the 67-year-old said that "an image is being circulated on social media and associated with me and I have nothing to do with it."

He prayed that "may Allah guide us on the right path and save us from spreading wrong information."

In the image doing rounds on social media, a high end luxury SUV is shown bearing number plate MTJ-1. Netizens believe it is an abbreviation of "Maulana Tariq Jameel", hence, most people are convinced it belongs to him.

Since the image surfaced on twitter, many people have openly criticised Jamil for not following his own preaching on simplicity and humbleness.

However, after his announcement that he does not own the vehicle clarifies that the person mistook the car because of the number plate.

There is no wrong in earning money, if it is earned through fair means. By the way, Zaidi Sahb also claims to be Syed. Being offspring of Ahl e Bait Rasool (SA), he should also follow the same path which he is suggesting to Maulana Tariq Jameel.

Maulana Tariq Jameel sb have denied that he has anything to do with the said photograph being spread on social media under his name.

Truly shameful that a great Islamic preacher has to clarify on such petty things due to shameless propagandists.#MolanaTariqJameel pic.twitter.com/owAMGOMGbN

Maulana Tariq Jameel was awarded pride of performance by President Arif Alvi on Pakistan Day. He was among 88 Pakistani and foreign nationals, who were awarded civil awards by President Dr Arif Alvi in recognition of their services in different fields during a ceremony at Aiwan-i-Sadr.

Last year, Maulana Tariq Jameel had come under fire from netizens allegedly for taking a hefty amount for attending the nikkah ceremony when the lavish wedding ceremony of Master Tiles and Jalal Sons’ family made headlines. He had dismissed the rumors, claiming innocence.