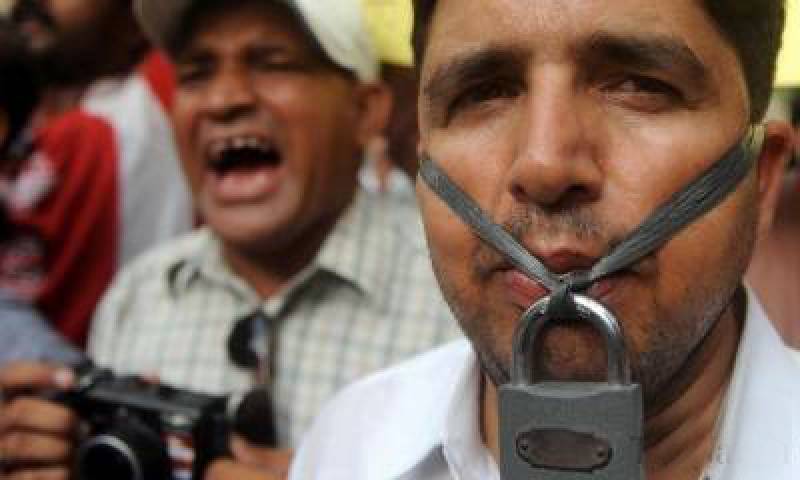 ISLAMABAD – Pakistan only managed to score 30 out of 100 points on the Freedom of Expression Assessment Index report 2020.

The new assessment report published by the Media Matters for Democracy stated that the south asian county has performed poorly with respect to legal and practical protections for the citizenry's right to freedom of expression in the year 2020.

The report assessed with an index based on six aspects including legal environment, press freedom, digital expression, pluralism, the socioeconomic and political situation, and protection from threats to expression.

The report added that press and internet regulatory authorities in Pakistan faced restrictions and suspensions, also many of the social media applications faced advisories in wake of their content. Journalists in the country also remained vulnerable to physical, legal, and digital threats due to the lack of legislation for the safety of media personnel.

At least eight media persons were killed, while 36 were attacked in the line of duty. 10 were arrested across Pakistan during the year.

ISLAMABAD – Pakistan has ranked at 126th out of 128 countries in the world on equal treatment and absence of ...

The report for 2020 was released Wednesday in a webinar. European Union (EU) Ambassador to Pakistan, Androulla Kaminara while speaking at the report launch said the report of 2020 provides a comprehensive analysis of the state of freedom of expression in Pakistan and highlights some concerning trends.

European Charter of Fundamental Rights enshrined Freedom of Expression. It is also one of the important aspects of Pakistan’s GSP plus pledge to sustain the international Human Rights Conventions and a leading priority in the Strategic Engagement Plan between European Union and Pakistan, the statement further added.