PM Imran says establishment has given him three options

Lifts curtain on many new things in latest TV interview 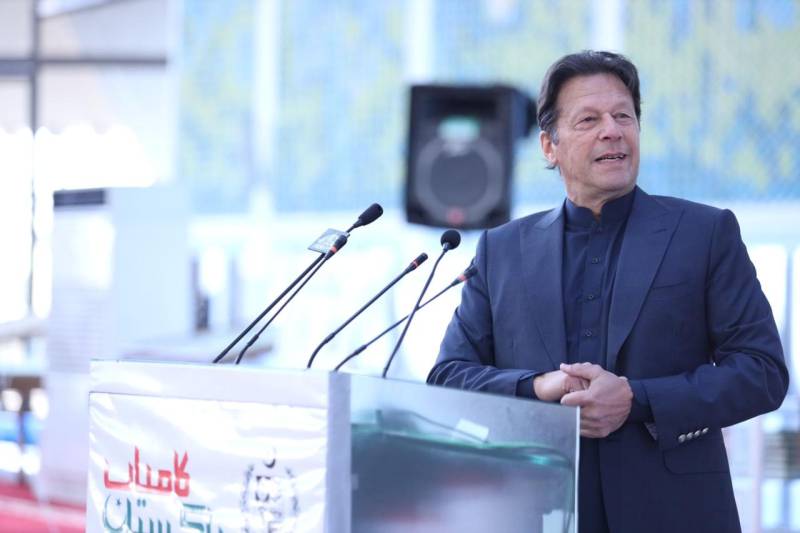 ISLAMABAD -- Prime Minister Imran Khan lifted the curtain on many new things in his latest interview to a private news channel that was telecast on Friday.

Talking to ARY News, the prime minister said his life was in danger, but he could not be silenced. He said the united opposition knows he would not keep silence at opposition’s involvement in horse trading. He said he would not become a silent spectator to what is happening.

He said he could not run the government with the lawmakers who abandoned him. He said he would face difficulties even if he wins the vote of confidence therefore early elections were a good idea.

The embattled prime minister said the conspiracy against him was being hatched since August last year and he was aware of it. He said that he knew the politicians, journalists and TV anchors who were visiting foreign embassies abroad.

Answering a question about former prime minister Nawaz Sharif, the prime minister said Sharif and his daughter Maryam openly bad mouthed the army and promoted corruption in the judiciary. He said the PML-N would try to abolish the National accountability Bureau (NAB) if it comes into power.

He said that those behind the conspiracy against the PTI government would try to have the punishment given to Nawaz Sharif undone and bring him back into power. He said that foreign powers now don't need armies to control other countries; they just need henchmen like Sharif to control other countries. He said the PML-N ran a campaign that the prime minister was going to de-notify General Qamar Jawed Bajwa.