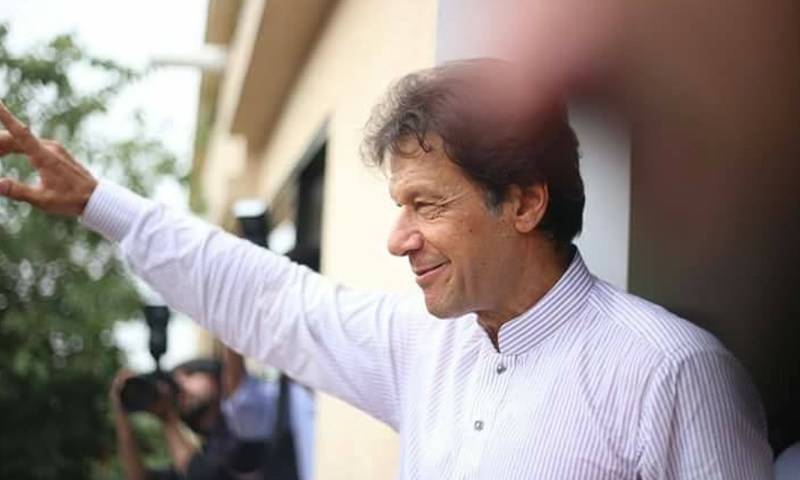 ISLAMABAD - The Prime Minister in waiting, Imran Khan, has agreed to move into the Ministers’ Enclave days after he refused to occupy the palatial PM House for carrying out duties as the chief executive of the country.

They also called on Imran Khan and pitched him different options for relocation after taking over the charge as the Prime Minister in a matter of few days.

Initially, the district administration officials told him that his Banigala residence could not be provided foolproof security as the area was open and vulnerable to threat; the proposal was accepted by Imran Khan.

Afterward, few more options were also given to him, including using an accommodation at the Ministers’ Enclave, which he accepted, however, asked for a lowest category flat at the enclave.

To Khan's suggestion, the senior officers advised him against using a flat as necessary SOPs and protocol for prime minister could not be implemented there. They advised the PM-in-waiting to prefer a house to which Imran Khan agreed, Dawn News reported.

ISLAMABAD - As Pakistan Tehreek-e-Insaf (PTI) has emerged as largest party in the Wednesday’s general elections, its ...

In his victory speech, Imran Khan had announced that he would not move into the Prime Minister’s House as his residence and a final decision regarding the fate of the building would be decided by the party.

Shortly after Imran Khan’s triumph in the recently-held general elections, the senior police officers of the capital city started extending VVIP protocol and security to the PTI chief as security was mounted around Mr Khan and at his Banigala residence.

Senior police officers, including Deputy Inspector General of Police (DIG) Waqar Ahmed Chohan, visited Khan’s residence and assessed it and the area around it, including the hills.

Imran Khan had announced that he would take the oath of his office on August 11th, though no official comment is available in this regard by the president house.