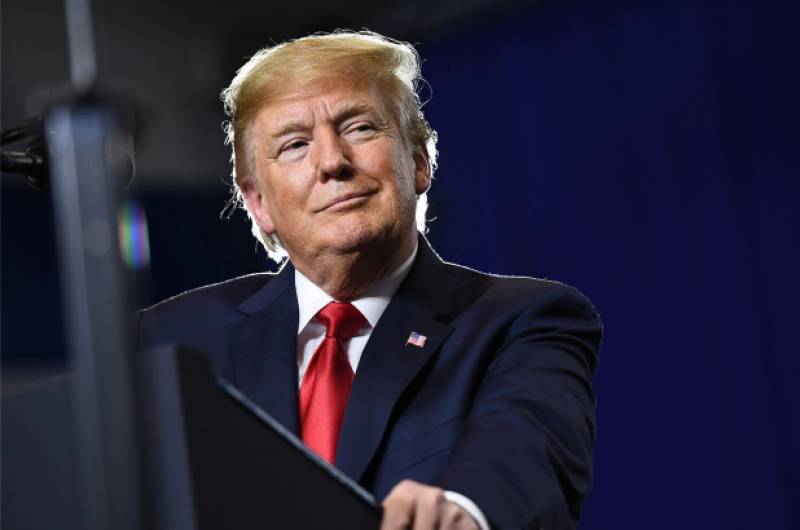 WASHINGTON - US President Donald Trump suggested Tuesday that talks with arch-rival Iran were imminent, but the idea has been criticized in Tehran, with the country's foreign minister warning that "PR stunts won't work."

Tehran has not given a definitive response to Trump's statement that he would meet "any time" without preconditions, but skepticism is rife in Iran over the possibility, with one lawmaker saying negotiations would be a "humiliation."

"I have a feeling they'll be talking to us pretty soon," Trump told a rally in Tampa, Florida, before adding: "And maybe not, and that's OK too."

He also used the occasion to again blast the "horrible, one-sided" 2015 nuclear deal between Iran and world powers from which the American president withdrew.

"It's a horror show," Trump said. "I hope it works out well with Iran. They are having a lot of difficulties right now."

The US is set to start reimposing full sanctions on Iran from August 6 -- a move that has already contributed to a major currency crisis with the rial losing two-thirds of its value in six months.

Several Iranian public figures said it was impossible to imagine negotiations with Washington after it tore up the nuclear deal in May.

"Iran & US had 2 yrs of talks. With EU/E3+Russia+China, we produced a unique multilateral accord -- the JCPOA (nuclear deal). It's been working. The  US can only blame itself for pulling out & leaving the table," Foreign Minister Mohammad Javad Zarif wrote on Twitter.

"With the contemptuous statements (Trump) addressed to Iran, the idea of negotiating is inconceivable. It would be a humiliation," Motahari said, according to the conservative Fars News.

Interior Minister Abdolreza Rahmani Fazli said: "America is not trustworthy. After it arrogantly and unilaterally withdrew from the nuclear agreement, how can it be trusted?"

Only last week, Trump fired off an all-caps tirade at his counterpart Hassan Rouhani on Twitter, warning of untold "suffering" if Iran continued to threaten the United States.

Many in Iran are therefore suspicious of his latest volte-face.

"We cannot negotiate with someone who violates international commitments, threatens to destroy countries, and constantly changes his position," said analyst Mohammad Marandi, of the

University of Tehran, who was part of the nuclear negotiating team.

"Negotiations with the United States must not be a taboo," said Heshmatollah Falahatpisheh, head of parliament's foreign affairs commission, in an interview with the semi-official ISNA news agency.

"Trump understands that he does not have the capacity to wage war with Iran, but due to historic mistrust, diplomatic ties have been destroyed," said Falahatpisheh, adding that this left no choice but to work towards reducing tensions.

Motahari added that hardliners, who have long opposed any rapprochement with the US, share the blame for the collapse of the nuclear deal.

"If the whole Iranian system had worked to implement this agreement, today we would be witnessing the presence of European companies in Iran and their investments, and even Trump would not be able to withdraw so easily from the deal," he said.

"But from the start one part of the system did not want the agreement to work."