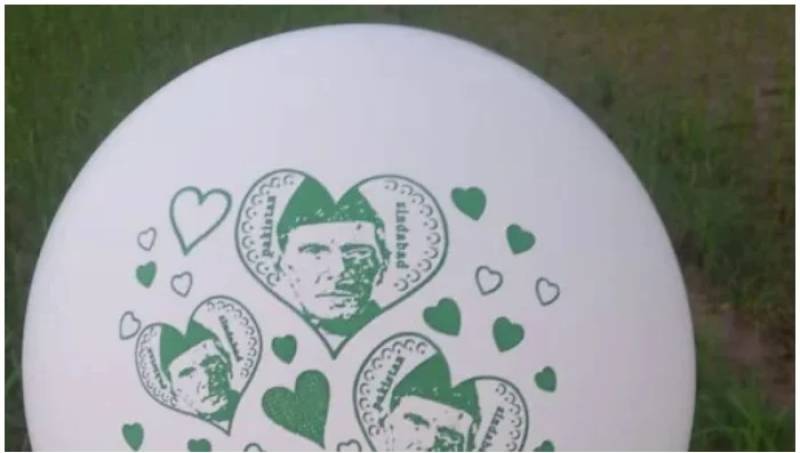 A balloon-like object sent Indian officials into frenzy in occupied Kashmir on Sunday.

According to reports, what was described as a "round balloon-like" object was found floating near the Tamalla Nallah area in Arnia district.

The balloon, green and white in colour, has pictures of Quaid-e-Azam Muhammad Ali Jinnah, along with hearts and Pakistan Zindabad slogan inscribed on it.

But the police were not going to let it go scot-free. It was taken into custody and sent for analysis.

Heightened security measures and alarm has been attributed to "suspected spurt in drone activity" within the area.

In March, a similar report surfaced, of an aircraft-shaped balloon found in occupied Kashmir with PIA's markings.

According to a news report, the balloon, green and white in colour with PIA logos, was found in the Sotra Chak village in Hiranagar sector of Indian-occupied Kashmir.

The news agency said residents had raised the alarm and alerted the police to the balloon's presence after spotting it floating in the area.

Indian police immediately reached the spot and seized the balloon. A probe was launched to investigate its origin.