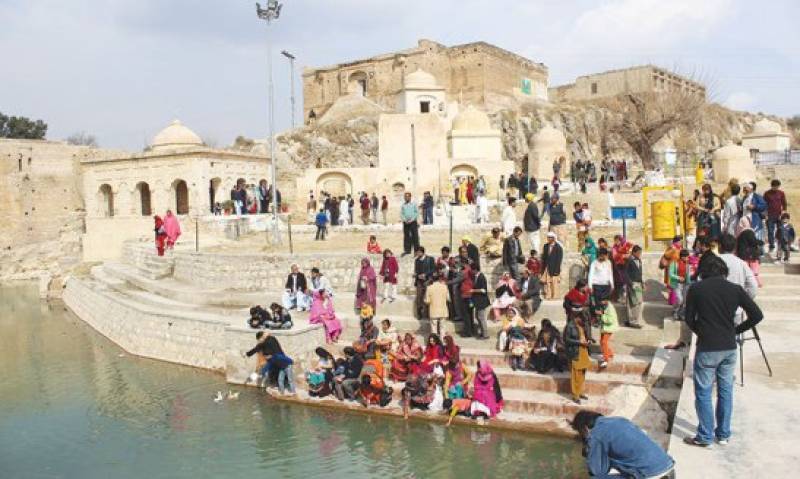 LAHORE - About two hundred Hindu pilgrims arrived in Lahore on Friday via Wagah border to attend the Shivaratri festival at Katas Raj temple in Chakwal.

After a one-day stay in Gurdwara Dera Sahib here, the pilgrims will leave for Shivaratri at Katas Raj Temples, district Chakwal on December 2 and perform their rituals. The central ceremony will be held there on Dec 3.

The ETPB chairman said that the board was providing all possible facilities including foolproof security, accommodation, medical, journey and others to the pilgrims. He said that bilateral dialogue between Pakistan and India was the best way to resolve issues like Kashmir.

He stressed on the restoration of dialogues between both the countries under current tense scenario for peace in the region. After their arrival, the pilgrims arrived in the Gurdwara Dera Sahib in Lahore city for a one-day stay. On Saturday morning, they will leave for Chakwal, where they will perform rituals.