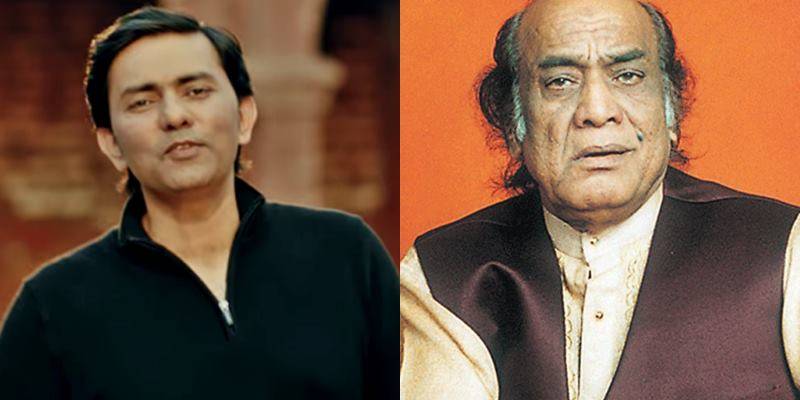 KARACHI -  Sajjad Ali is an acclaimed Pakistani semi-classical, pop and rock  singer, poet, actor, film director and film producer from Karachi, Pakistan. Sajjad is very much the prince of Pakistani pop. He has sung many all-time hit songs in the past including Babia, Chal Urrea, Kuch Larrkiyan Mujhe, Chief Saab.

Indian renowned musician A. R. Rahman has described Sajjad as the original crossover: "From the realm of the classical, he metamorphosed into one of the brightest lights of Pakistani pop.

Always striking the right note, and never missing a beat, even the most hardened purist has to give Sajjad his due.

He also stated that This man can breathe life in a Ghazal even as he puts the V back into verve. He is one of the very few singers in Pakistan who seems a complete singer.

As far as skill is concerned I feel nobody compares to Sajjad Ali. He is simply too good at everything he chooses to create.

His brother Waqar Ali is also in the music industry. Sajjad, along with his brother, wrote lyrics for most of the songs in his albums, while lyricists Sabir Zafar, Mohammad Nasir, Nadeem Asad, and Ali Moin have also written some songs.

In July 2006, Sajjad released a single called "Chal Rein De", a more classical song. On 3 September 2006, he released another single in a totally different genre with the help of Meloscience Corp. So, talent runs in his family.

Recently, Sajjad Ali shared a video on his social media account in which he is seen driving and singing a classic hit by late Mastero  Mehdi Hassan.

The video has already reached around 2000 likes and comments are still pouring on singer's mesmerizing voice. Let's go through some of the tweets:

Listening to this song makes us waits for Sajjad Ali's next video.  Share your views with us in the comments section below.