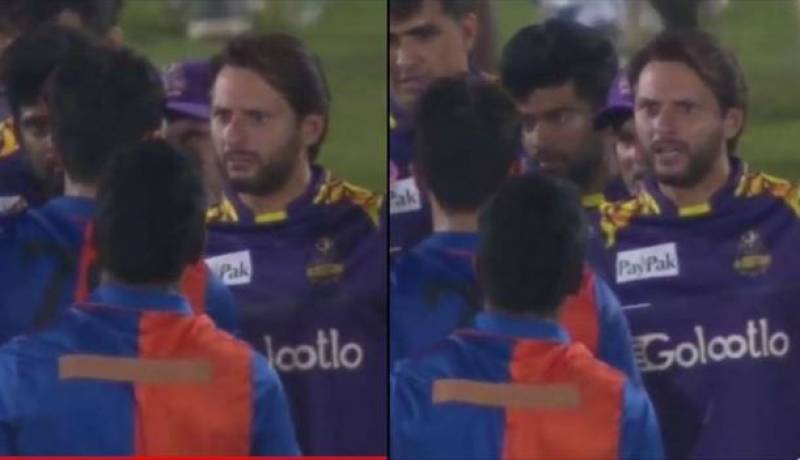 HAMBANTOTA/KARACHI – Pakistan’s all-rounder and Galle Gladiators captain Shahid Afridi fumes at Afghanistan player Naveen-ul-Haq during the sixth match of the inaugural edition of the Lanka Premier League (LPL) on Monday.

As per the details, the Afridi got fumed when he saw Naveen getting rude with the Pakistani pacer Muhammad Amir. Both cricketers exchanged hot words.

The teams came out for handshake after the match concluded. The conversation between the two is inaudible and it is difficult to determine who started things. but it appears to be a shut-up call by the former Pakistani captain to Naveen for behaving badly with Amir.

Mohammad Amir was at the crease when the incident took place during the chase in the second innings.

When I got to know I will play for MI Emirates and Kieron Pollard as captain, my happiness doubled: Muhammad Waseem