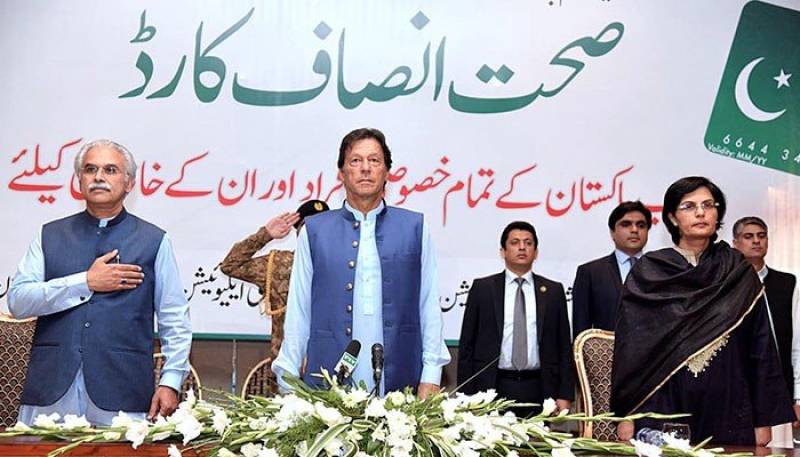 ISLAMABAD – Prime Minister Imran Khan has launched the Naya Pakistan Qaumi Sehat Card in Bahawalpur today to provide health insurance cover of up to Rs1 million a year to each family.

Addressing the ceremony, the premier said Pakistan Tehreek-e-Insaf's struggle was to ensure the supremacy of the rule of law, making Pakistan a welfare state.

Our government has launched the Ehsaas project, Kamyab Jawan Programme, and the Sehat card to turn the country into a welfare state, he mentioned while adding that South Punjab Secretariat will be inaugurated during his next visit to the region, adding that southern Punjab has been ignored by the government for a long time.

With the inclusion of more than 15 million people from Rahim Yar Khan, Bahawalpur, and Bahawalnagar districts, the number of eligible families and individuals benefiting from the Qaumi Sehat Card scheme in Punjab will increase by 63 percent.

State-run medical facilities will provide free medical treatment in government and selected private hospitals up to one million rupees.