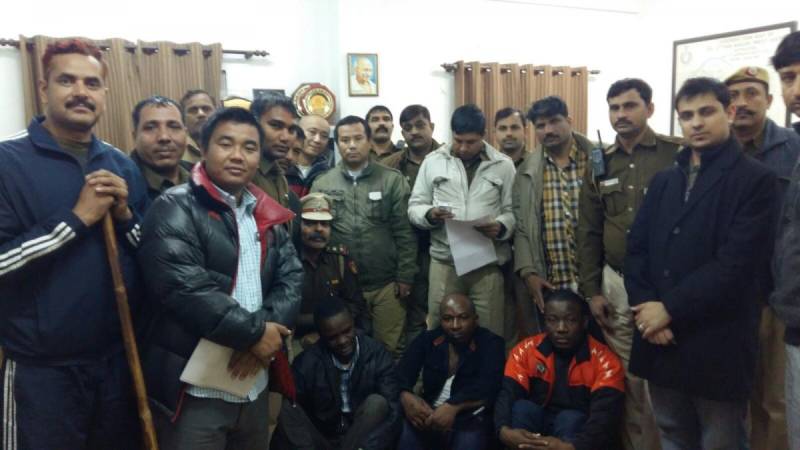 Two of the woman's friends were also arrested for their involvement in the incident.

According to Times of India, the accused were identified as Charles Sislezona, Tomothy and Sandy and the women as Rhiya and Sheela.

In her complaint, the girl said she was studying at a university in Jalandhar and had come to Delhi for a short trip. She befriended Rhiya and Sheela during the trip as they were also from Manipur. On Tuesday, Rhiya and Sheela suggested they all go partying in the night, to which she agreed.

"Around 9pm, they took her to their Nigerian friend's house in Uttam Nagar, where two others joined them. The girl alleged that soon after the men started misbehaving with her and started touching her inappropriately. When she resisted, they overpowered her and then gang-raped her. Somehow, she managed to escape and reached the police station," said a senior police official.

A case has been registered under relevant sections against all the five accused. The Nigerians were arrested from west Delhi, while the girls were nabbed from Kishangarh area.