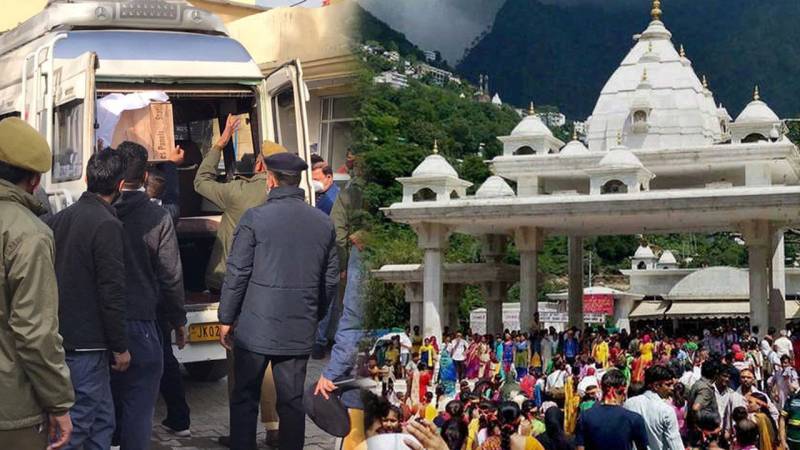 SRINAGAR – At least 12 people have died and more than one dozen injured in a stampede at a Hindu shrine in Indian Illegally Occupied Jammu and Kashmir on New Year’s Day.

Reports in international media quoting local officials said the toll could be higher as the route to the Mata Vaishno Devi shrine located on a hilltop was packed with followers amid the customary new-year visit.

The shrine is said to be one of the most revered Hindu shrines in with tens of thousands visiting to offer prayers every day, the stampede reportedly took place at about 2:45 am. Meanwhile, the government has ordered a high-level inquiry into the stampede incident.

Extremely saddened by the loss of lives due to a stampede at Mata Vaishno Devi Bhawan. Condolences to the bereaved families. May the injured recover soon. Spoke to JK LG Shri @manojsinha_ Ji, Ministers Shri @DrJitendraSingh Ji, @nityanandraibjp Ji and took stock of the situation.

Reports claimed that the stampede occurred in wake of a heavy rush of people coming to pay their respect at the shrine to mark the beginning of the New Year.

This is not the first incident as many stampedes occurred during religious festivals in the region, where large crowds gather in small areas with few safety or crowd control measures.

VARANASI – At least 20 people have been killed and 25 others injured in a stampede on the outskirts of Varanasi, ...

Earlier, at least 24 people were killed while scores suffered injuries in a stampede at a Hindu religious ceremony on the outskirts of Varanasi – a city in the Indian state of Uttar Pradesh state. Two stampedes in India in 2008 left more than 370 Hindus dead.