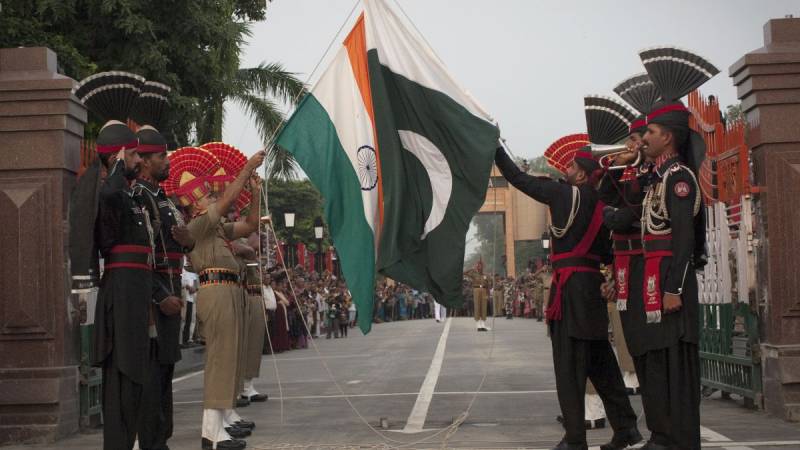 ISLAMABAD – Pakistan, and India kept up with years-old traditions as two sides have exchanged the list of nuclear installations and facilities other than the list of detained prisoners.

Reports in local media said the arch-rivals exchanged information through diplomatic channels simultaneously under a 24-year-old agreement on the Prohibition of Attack against Nuclear Installations and Facilities.

A statement issued by Foreign Office said the exchange has been an annual feature of bilateral ties since the signing of the agreement which was devised to keep the nations from targeting each other’s nuclear sites.

It also added that the list of nuclear installations and facilities in Pakistan was officially handed over to a representative of the Indian High Commission at the Ministry of Foreign Affairs.

Likewise, the Indian Ministry of External Affairs in the Indian capital handed over the list of Indian nuclear installations and facilities to a representative of the Pakistan High Commission.

As per the latest information, at least 628 Indian prisoners including 51 civilians and 577 fishermen are detained in Pakistan while at least 335 Pakistani citizens are languishing in Indian jails.

RAWALPINDI – A brigade commander-level meeting between India and Pakistan was held on Friday at Rawalakot - ...

Under the agreement, Islamabad and New Delhi have also set up a hotline to prevent accidental nuclear conflict. Fishermen are frequently detained by two sides as many fishing boats lack the technology needed to be certain of their precise location and the anglers often languish in jail even after serving prison terms.