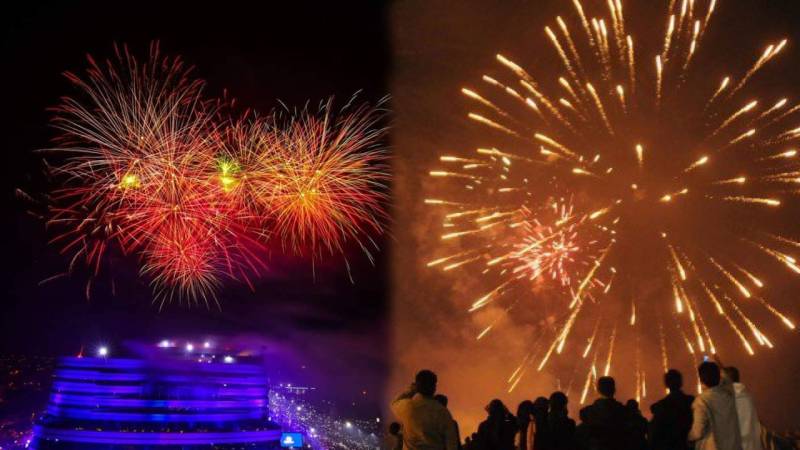 The country welcomed New Year with fireworks and public gatherings amid fears about the new covid variant. Stunning fireworks have illuminated the sky in major cities including the country’s federal capital Islamabad.

A huge traffic jam was reported near Karachi’s Shara e Faisal while overjoyed youths on motorbikes roamed around the city the entire night enjoying the exciting atmosphere.

Law enforcers were also spotted on the main roads in snap checking and patrolling to avoid any major untoward incident. Despite a ban on firing on New Year’s Eve, the country’s financial capital echoed with gunshots and fireworks.

More than dozen, including a 9-year-old girl, were reportedly injured due to the aerial firing while one person died in the seaside metropolis. The incidents reportedly occurred at Ranchor Line, Saddar, Gulistan-e-Johar, Baldia, and North Nazimabad.

New Zealand and Australia have welcomed in the New Year, 2022, with an impressive light show and fireworks display ...

Earlier, the Punjab government banned fireworks in Lahore, and pillion riding in Islamabad while section-144 was imposed in Karachi by the Sindh government.