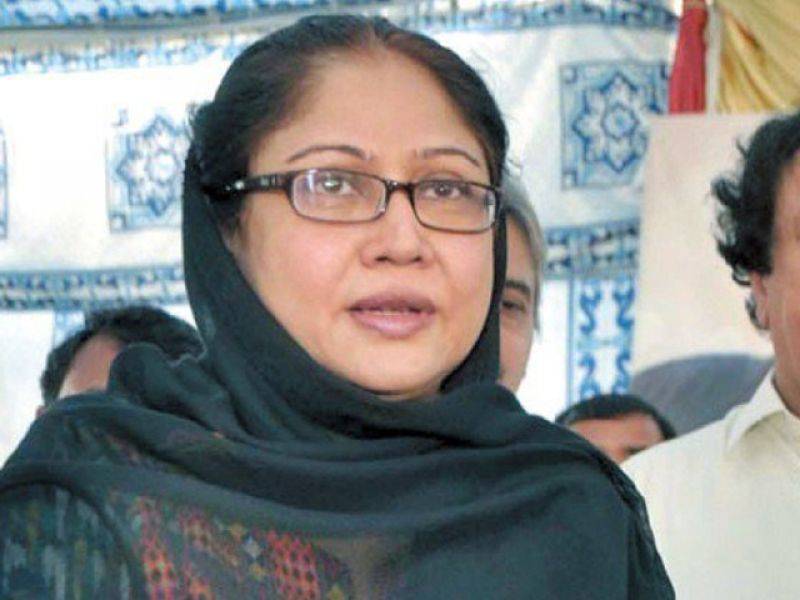 LAHORE: The allegations by PTI chairman Imran Khan’s sister, Dr. Uzma Khan regarding Maryam Nawaz’s security protocol in Lahore have morphed as the media has now revealed that the squad which allegedly misbehaved with Dr Uzma was actually Faryal Talpur's, who is sister of former President Asif Ali Zardari.

Earlier, the Sharif family had rejected the allegations  that Dr. Uzma's car had been hit by the police squad of Maryam Nawaz, which also harassed her and misbehaved with her. Maryam Nawaz turned to Twitter and denied all the allegations against her.

Feel sorry for Mr. Khan's sister. Was in Isb when I got the news. Arrived in Lhr at 4:30. Liars should have some shame at least in Ramadan.

However, it was later discovered that  Dr. Uzma Khan’s car was actually hit by the security protocol of Faryal Talpur, who had arrived in Lahore at the residence of party worker Asim Gujjar to offer condolences. However, to conceal her identity and avoid any controversy, Maryam Nawaz's name was used by her security team.

However, according to Geo News, the squad was in fact the security protocol of Azad Kashmir's President Sardar Yaqoob. The Police have confirmed this information as well. Asim Gujjar has also confirmed that Sardar Yaqoob had visited him at his residence to offer condolences.

However, CCPO Amin Wains claims that there was no motorcade movement in Lahore throughout the day.