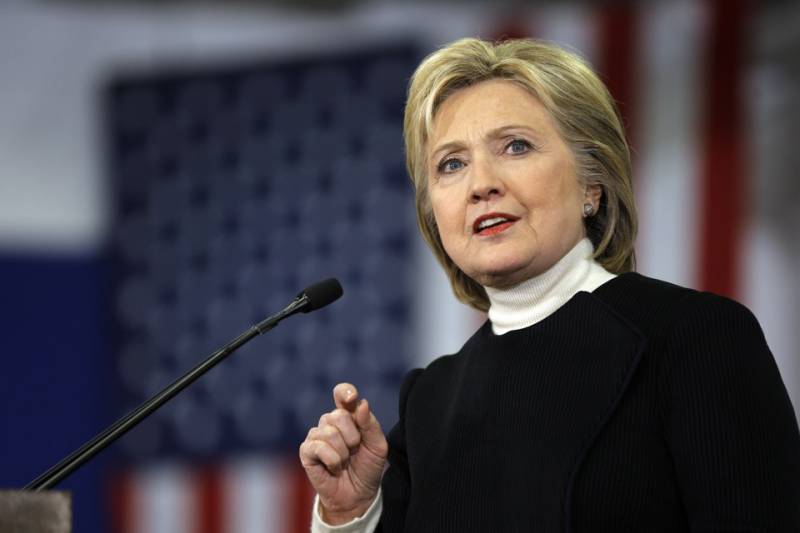 LAHORE (News Desk) - On Monday, when  Pakistan People's Party (PPP) chairman Bilawal Bhutto Zardari led a huge rally from Rawalpindi to Mirpur and launched fiery rhetoric against the PML-N government led by Nawaz Sharif, he apparently impressed many people at home and abroad.

One important person Bilawal managed to impress was presumptive Democratic US presidential nominee and former US Secretary of State Hillary Clinton.

Her message to Mr Gilani read: "I just saw Bilawal Bhutto on TV and he sounds just like his mother, tell him I said good luck and I hope he achieves the success his mother was trying to achieve."

The report also quoted the former Prime Minister's answer to Hillary Clinton: "It’s a pleasure to hear such reassuring words from you. I have conveyed your sentiment to Chairman Bilawal and he is really happy to receive such encouragement from you. You have been a consistent friend of Pakistan and the PPP. We hope to see you as president soon and wish you all the success in the upcoming elections."

The PPP's Islamabad to Mirpur rally was Bilawal Bhutto Zardari's first ever road show since he formally took the reins of the political party of his mother and grandfather.

The PPP chairman, in an apparent dismissal of the various threats to his life, came out of his vehicle many times to wave to supporters on the way to Mirpuir.

He also ordered removal of the bulletproof shield installed on stage to protect him while he was speaking.