Feminist Islam is on the rise in the West, but will it ever become mainstream in Muslim-majority countries? 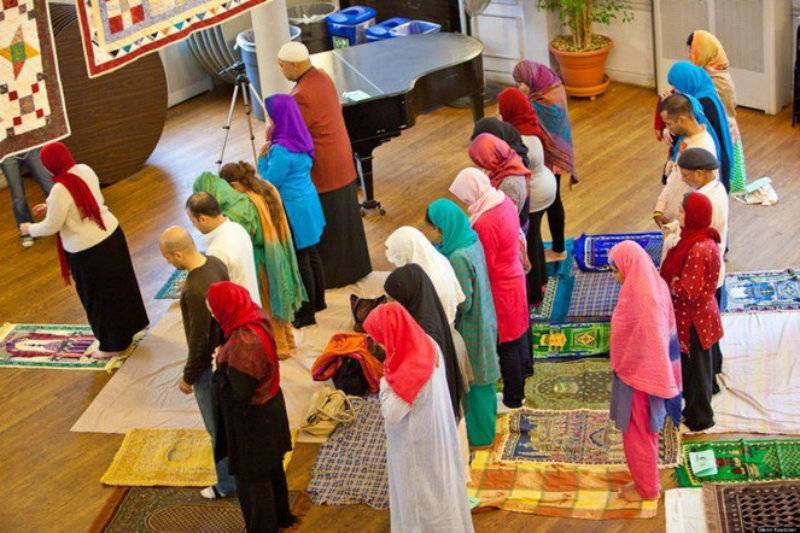 BERN - Last Friday in the de facto Swiss capital, the Jummah prayer was led by a scarf-less woman and followed by a mixed gathering of a dozen men and women.

Though highly shocking to Muslims across the world, the Inclusive Mosque Initiative (IMI) was introduced last year to establish an "inclusive" mosque in the UK where everyone is welcome as a leader and worshiper, including women and members of the LGBTQ community.

The group, which now numbers in the hundreds across Europe, offers Muslims a space in which they can pray and meet freely, without being censured for their sect, gender or sexual orientation.

"We do not discriminate against anyone, they can be Sunni or Shia, straight or gay, people with families and people without," IMI’s UK co-ordinator Tamsila Tauqir said.

IMI’s activities aim to develop the “kind of mosques” that sit comfortably within democratic, secular, multi-faith communities and encourage Muslims to take greater ownership over their local, national, and global families.

Though their non-judgmental approach is welcome news to some, many Muslims disagree with IMI’s tolerant attitude, arguing that “gay Muslims don’t have a place in Islam” and that “it’s forbidden for women to lead prayers.”

The new movement, which is gaining attention on social media, has received a mixed response from worshipers in Europe.

Some Muslim men have found it distracting to “pray alongside women”; however, many women have welcomed the move giving them more equal representation in the Muslim community, something they feel is traditionally restricted by them having to speak through close male relatives.

"No-one is here to set the rules about how you should live. It's a lot about how you understand the text and you can come to any conclusions about Islam yourself, without having to go to an imam or a community leader," said a British Muslim student in her 20s.

But is this really simple as it looks?

Adnan Rashid, from the London-based Islamic think-tank The Hittin Institute, said: "The orthodox values of Islam are very clear," adding that the these values are "not" going to change because they have been held dear for centuries.

Even though the group plans to promote equal opportunities for all people regardless of creed, color or gender, the main source of opposition to it is people who disagree with its stance on gender in Islam.

IMI leaders and community members have pointed to patriarchal interpretations of Islam as a reason why their inclusive space is so badly needed. UK Coordinator Tamsila Tauqir says many Islamic practices are still based on “the cultural traditions of patriarchy”, derived from texts compiled nearly “three hundred years after the death of the Prophet (PBUH).”

IMI also points out that their initiative is not actually that unusual, saying “we are not unique in our position on free mixing of the sexes.” Tauqir mentions a multitude of other Muslim organizations that hold mixed-gender events, adding that the IMI mosque is mainly based on the principles of the Grand Mosque in Makkah, where all Muslims pray together, regardless of gender.

However, according to many religious scholars, a woman leading men in prayers is clearly against Islamic teachings, given that it was uncommon in Makkah or Madina during the time of the Prophet(PBUH) and after .

“Men are the protectors and maintainers of women because Allah has made one of them to excel the other…” [al-Nisa’ 4:34].

The First Caliph Abu Bakar also relates that when the Prophet (PBUH) heard that the Persians had appointed the daughter of Khosrow or Chosroes as their queen, he (PBUH) said: “No people who appoint a woman as their leader will ever prosper.” [al-Bukhari, 13/53].

Allama Tahirul Qadri, famous as Shaykh-ul-Islam in Pakistan, says that the holy Prophet (PBUH) explicitly barred women from leading the prayer ahead of men.

"...No woman should be appointed as Imam over a man..." (with reference to Sunan Ibn Majah Vol. 2, Book of Establishing the Prayer and the Sunnah Regarding Them, Hadith 1081).

Also, Ibn Hazam reported in his book Maraatib al-Ijmaa’ that there was scholarly consensus on this point. He says: “Out of all groups of the people of the Qiblah [i.e., all Muslim sects], there is not one that allows the leadership of women.”

However, Dr. Qadri is of the view that a woman can lead a prayer of women in crucial circumstances if there is no male present or unable to lead the prayers.

Religious scholars also quote the example of Umm Waraqah bint 'Abd Allah b. Al-harith - a contemporary woman in the time of the holy Prophet (PBUH) - who was appointed to lead a group of men and women in prayer.

Because of the strength of the evidence, the example of Umm Waraqah serves as the basis for the opinion among some Islamic jurists that women are permitted to not only lead other women in prayer but that they may also lead mixed-sex congregations. This is, for instance, a minority opinion in the Hanbali tradition.

But Zakir Naek, a scholar from India, says the holy Prophet (PBUH) only allowed Umm Warqah to lead the prayer at home, adding that this restricts them from leading unrelated men in prayer.

Khaled Abou el Fadl is a professor of Law and Islamic jurisprudence, also the Chair of the Islamic Studies Program at the University of California, Los Angeles, says that if a woman leads men, women and boys in prayer, then the prayer of the women is valid and the prayer of the men and boys is invalid because Allah has given men the role of protectors and maintainers of women.

“He [Allah] has not allowed them to be in charge, so it is not permissible for a woman to lead a man in prayer under any circumstances, ever,” he added.

The IMI members, however, clearly understand that their actions can be seen as provocative. However, finding acceptance in the Islamic mainstream may be a distant dream for them, as they will have to overturn the weight of centuries of received wisdom on women and their role in Islamic society, usually passed on by mostly male scholars and commentators. 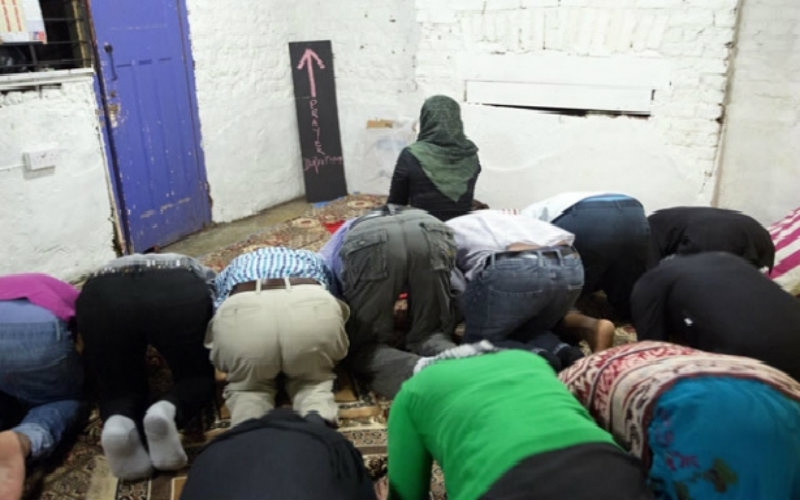 Although they have a small following in the UK, the IMI is part of a growing global network of sites in Srinagar in and Kuala Lumpur in Malaysia.

They are funded entirely by donations, receiving no government support. They are active on Twitter and Facebook and host community events like vegetarian BBQs and scholarly discussions.

They also have support networks in the US, Canada, South Africa, Australia and Sweden. Their ultimate aim is to set up a network of international mosques which will allow women to partake in communal Friday prayer because other mosques either do not have the room or believe in segregation.

It seems a more feminist and inclusive Islam is on the rise in the West. However, the more important question to ask is, will this new, more inclusive brand of Islam ever be accepted in Muslim-majority nations.