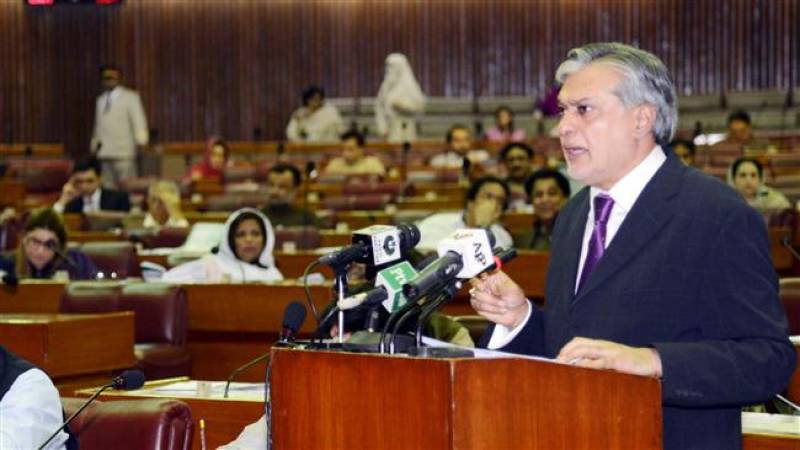 ISLAMABAD (Web Desk) - Finance Minister Senator Muhammad Ishaq Dar will present the fourth Federal Budget of Pakistan Muslim League-Nawaz government in Parliament on Friday, which has an outlay of over Rs 4.8 trillion in the 2016/17 financial year.

Special budget sessions of the National Assembly and Senate have already been summoned by President Mamnoon Hussain.

The main focus of the budget is on the development of energy, infrastructure, and human resource sectors. The China-Pakistan Economic Corridor (CPEC) projects are also prioritized in the budget.

Allocations to provide a social safety net to the most vulnerable segments of society are also likely to be enhanced.

The Government has earmarked Rs.1,675 billion in the forthcoming budget for development schemes under the Public Sector Development Programme (PSDP) for the year 2016-17.

“Out of the total allocation, Rs. 875 bn have been earmarked for the provinces,” sources said.

Giving a breakup of the allocation, they said that Rs. 468 billion were allocated for infrastructure including Rs.157 billion for power, Rs. 260 billion for transport and communications, Rs. 33 billion for water, Rs.18 billion for Physical Planning and Housing.

Sources added that Rs. 9 billion were allocated for Science and IT, Rs. 8 billion for Governance, Rs. 42 billion for Special Areas including AJK, FATA, and Gilgit-Baltistan respectively.

They also added that government in the Budget 2016-17 is likely to announce a special package for the promotion of agriculture sector in the country.