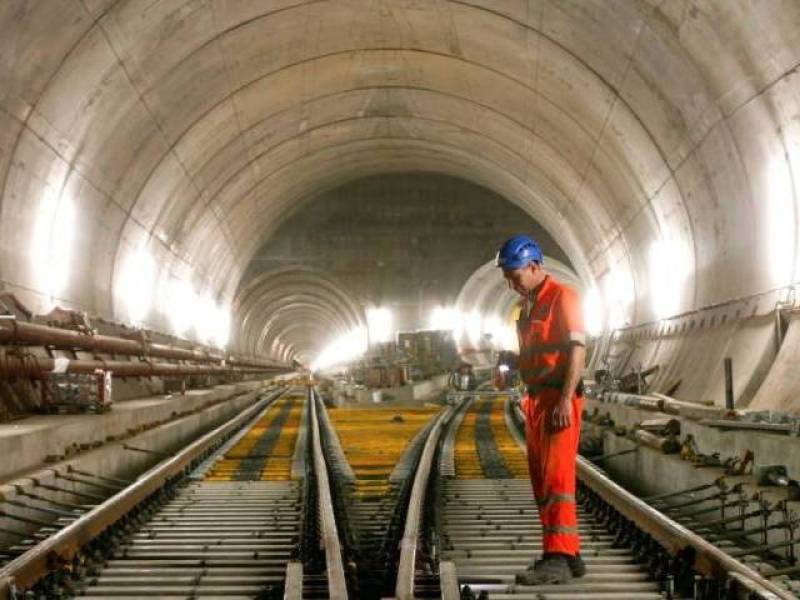 Switzerland's 57-kilometre (35-mile) Gotthard Base Tunnel runs under the Alps from Erstfeld in the central canton of Uri, to Bodio in the southern Ticino canton.

The rough design for a rail tunnel under the Gotthard Pass was first sketched by Swiss engineer Carl Eduard Gruner in 1947.

But bureaucratic delays, concerns over the cost and other hurdles pushed back the start of construction until 1999. Seventeen years and more than 12 billion Swiss francs ($12 billion, 11 billion euros) later, the Gotthard Base Tunnel is set for its inaugural journey.

German Chancellor Angela Merkel, French President Francois Hollande and Italian Prime Minister Matteo Renzi, along with Swiss officials, are due to be on board for the ceremonial first run.

When the full service opens in December, the tunnel will shave the train journey from Zurich to Milan in northern Italy down to two hours and 40 minutes, roughly an hour less than it currently takes.

The new route also aims to make rail freight more efficient, partly by supporting heavier cargo, which should reduce the number of diesel-guzzling lorries on the roads, improving traffic and curbing pollution.