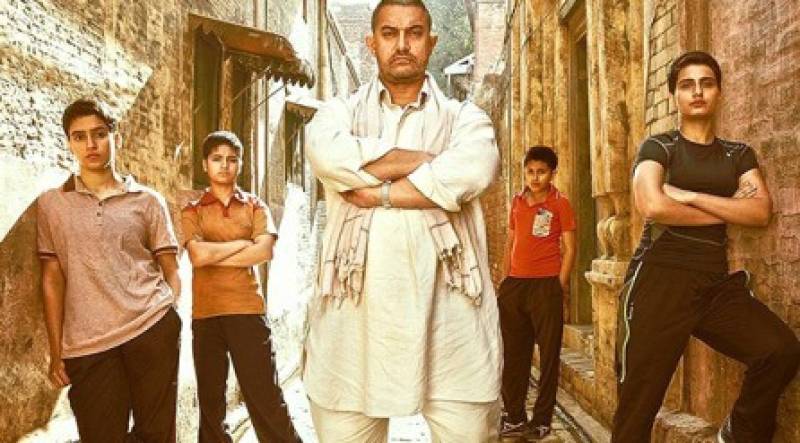 Aamir Khan seems to have cracked a new fan base in the second-largest film market in the World. Three of his last four films were box office hits in China, skyrocketing his 2016 sports drama Dangal at the top of the country's most successful non-Hollywood foreign release.

Based on the true story of an amateur wrestler, Mahavir Singh Phogat, who pushed his two wrestler daughters in their struggle towards glory at the Commonwealth Games in the wake of societal oppression, the film has made $127 million in ticket sales in the country. Khan, who traveled to China to promote Dangal and his 2015 film PK, spoke to Reuters about sweeping into the Chinese market and what it means for Bollywood.

Q: When did you first realise the potential of the Chinese market?

A: When “3 Idiots” was very much loved in China. Even before the film released there, I started getting messages about how the youth in China have watched the film on pirate websites. It went viral in China and that was the first time I got an inkling that the Chinese audience really loved our film. Then they started watching other films of mine – “Ghajini” and “Taare Zameen Par” - and I used to get messages about it.

Q: What do you think is the reason for your success in China?

A: I don’t know. I don’t even know what the reason for my success in India is (laughs). Ultimately you don’t know what people will connect with. In broad terms, you could say that they have connected emotionally with my films. I went to China at the time of the “PK” release and the kind of response I got was really heart-warming.

“PK” also did well in China. It made around 120 crore rupees ($18.5 million), which was very good. But “Dangal” has just gone through the roof and this was something we had not expected. I was hoping the film would be loved but didn’t think it would go to this extent… It seems to me that the audience in China, their emotional key, is very similar to an Indian emotional key and that is what worked here.

Q: Given the restrictions on the release of non-Chinese films there, did you do anything different with “Dangal”?

A: There was nothing different that we did. What I do know is that on the Chinese side they had managed to keep the piracy at bay. That was an important point. Also, they went very aggressive over the number of screens. I have no control over this, but I was surprised that they released in more than 7,000 screens, which is double the screens that we released in India.

Q: Is there anything you’d like to do differently in China for your next films?

A: The next film I am doing is called “Secret Superstar” and I would like it to release in China. After that, I am doing “Thugs of Hindostan”, which releases next year. What I would like for both these films is a day and date release for China (releasing on the same day as India). And in the long term, I’d like to work on an Indo-China co-production. If we could come up with a story that involves the two people and a story which resonates with both audiences, that would be even more exciting. But that depends on how we can develop the story and all that. It is a possibility I’d like to explore.

Q: What will it take for more Bollywood films to succeed in China?

A: With any audience, you have to make a good film to connect. Ultimately that is what matters.

Q: What does the success of “Baahubali” and “Dangal” in international markets tell you?

A: “Baahubali” and “Dangal” have opened windows. Now it is up to other film-makers to also make content which appeals to people. First of all, “Baahubali” has also appealed to local audiences. Both these are films that connected with their home audiences first.