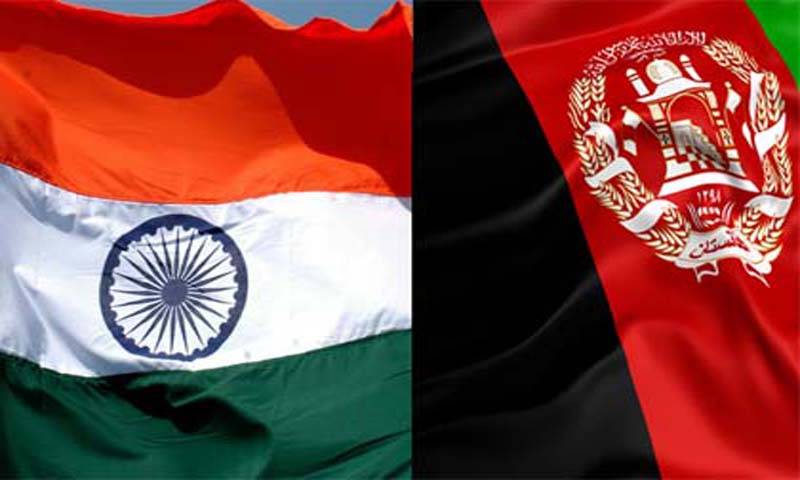 Despite the ISIS's claims of Thursday's horrific attack in the Afghan capital, a propagandist campaign seeks to make us believe otherwise.

Adamant on defaming Pakistan, the propaganda backed by NDS-RAW nexus has been disseminating rumours that the terrorists who conducted the brutal attack were backed by Pakistan.

Afghan intelligence officials have blamed Taliban-affiliated militants with the help of Pakistani security services for the bombing, disregarding the fact that Taliban have already disassociated themselves from the attack. The terrorist attack also caused damage to the residences of some Pakistani diplomats and staff, living in the close vicinity, and inflicted minor injuries to some.

In a statement, the NDS said: "These terrorists once again proved they don't represent any religion and they only carry out such coward attacks to please their Pakistani masters which is against all Islamic and human rights principals."

However, the fact that India and Afghanistan are planning terrorism in Pakistan is no secret now. It has been proved multiple times that both the neighbouring countries have a secret nexus.

The TTP-JA spokesperson in the video released by the military’s media wing Inter Services Public Relations admitted that he was involved in activities of the terrorist group TTP that had links with RAW and Afghan spy agency NDS.

Indian spy Kulbhushan Jadhav, an on-duty officer for the Indian Navy, confessed to his crimes in a recorded video statement televised by the ISPR last year following his arrest.

Jadhav alias Hussein Mubarak Patel was arrested on March 3, 2016 in a ‘Counter-Intelligence Operation’ from Mashkel area of Balochistan over his involvement in espionage and sabotage actives in Pakistan.

15 Indian nationals were killed in the Mother Of All Bombs which was dropped in Afghanistan to target Islamic State fighters in April.

The largest non-nuclear bomb dropped in Nangahar province of Afghanistan by the USA killed as many as 90 Islamic State fighters, according to certain reports.

A huge consignment of 37 million tramadol, worth $75 million, pills from India to be sold to ISIS terrorists in Libya, has been seized by the Italian police.

The pills of Tramadol, a synthetic opioid-like drug used as a painkiller, were stashed in three containers at the Italian port of Genoa, labelled as blankets and shampoo and set to be loaded on a cargo ship bound for Misrata and Tobruk in Libya, The Times reported.

“Daesh is making a fortune from this traffic, giving it to its fighters to make them feel no pain,” the British newspaper quoted an Italian investigator as saying.

Daesh, or the so-called ‘Islamic State of Iraq and Syria’, is a terrorist organisation having its foothold in Iraq, Syria and Libya.

Italian police said the consignment had come from India and would have been used for two purposes: to help finance terrorism and for use by fighters as a stimulant and to heighten resistance to physical stress, according to the British daily.

"India neutralises terrorists only through terrorists"

In his shocking and radical statement, the Indian Defence Minister, Manohar Parrikar associated India with state sponsored terrorism and asserted that “terrorists have to be neutralised only through terrorists, and India will take up proactive steps to prevent 26/11 type attack”? Since 1990 India is trying to declare Pakistan as a terrorist state at the global level and has claimed many times that Pakistan is the global nursery of terrorism or Pakistan is the epicentre of terrorism.

Furthermore, India Today in September 2013 report revealed that a Technical Support Division (TDS) was raised by the Indian army specifically to carry out covert operations. TDS mission mainly related to the financing of bombings and session movements in the neighbouring states through pouring in of several crores of rupees.

India alleged Pakistan for promoting state terrorism and supporting extremism. The issue is further underlined within the international hierarchy in the wake of2001 the Indian Parliament attack in which India claimed that the assault have been structured by the Lashkar-e-Taiba and Jaish-e-Mohammed.

Later, many other terror incidents were associated to Pakistan as the Mumbai blasts in 2006, the attack on the Indian Embassy in Kabul, and the Mumbai attacks in 2008, which eventually paralysed the India-Pakistan relations and the future prospects of Kashmir resolution.

Ignoring the fact that many extremists’ attacks have been carried out by the Indian religious fascists in India against the Indian Muslims and Pakistanis as the Samjhauta Express blast 2007, Mecca Masjid 2007, AjmirSharief 2007, and the Malegaon bomb blast in 2008.

The number of terrorist attacks in India by the Hindu extremists neutralises the statistic of fanaticism.

There have been many reported claims about the Indian involvement in Baluchistan’s insurgency and the recent charge against RAW in destabilising the internal fabric of Pakistan and supporting terrorism.

But the Indian factual impulse is bouncing after the Indian minister who spoke at an event in New Delhi and expressed his proactive strategy using the Hindi phrase ‘kante se kantanikalna’ (removing a thorn with a thorn).

India also never clarified her stance, as the statement in post 26/11 scenario, when the member of a special investigating team (SIT) of India’s central bureau of investigation accused the Congress government in orchestrating the terror attack on the Indian Parliament and the 2008 Mumbai attacks, which later claimed that the statement was to strengthen the counter-terror legislation.