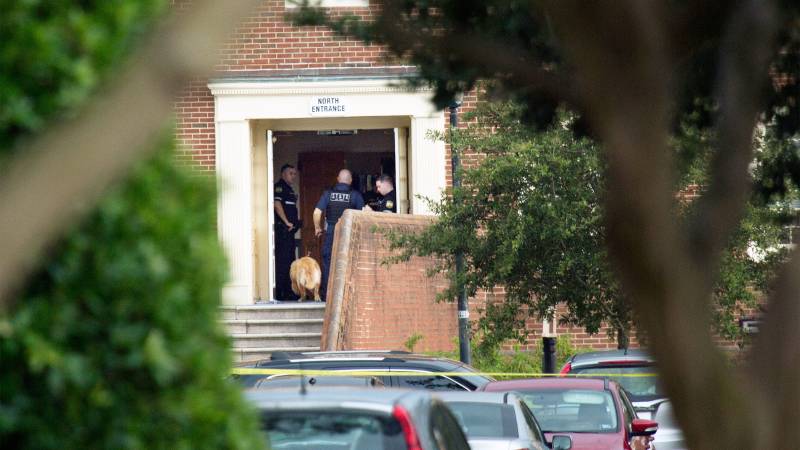 VIRGINIA BEACH - At least 12 people were killed in a mass shooting at a government building in the US state of Virginia.

According to Police, a gunman fired indiscriminately at the building who was later killed by police.

The gunman was later gun downed after being engaged in a “long-term gun battle” with law enforcement officers as police confronted him inside the building.

The city police chief informed that one police officer was wounded in the shootout, but his bullet-proof vest saved his life.

The police chief said that the suspect was armed with a .45-caliber handgun equipped with a “sound suppressor” device and was reloading his weapon with extended ammunition magazines as he moved through the building.

US President Donald Trump has been informed on the deadly shooting in the southeastern US city of Virginia Beach and was monitoring the situation, the White House has said.

Virginia governor Ralph Northam said he was monitoring the situation, too. The official called the shooting "unspeakable, senseless violence."