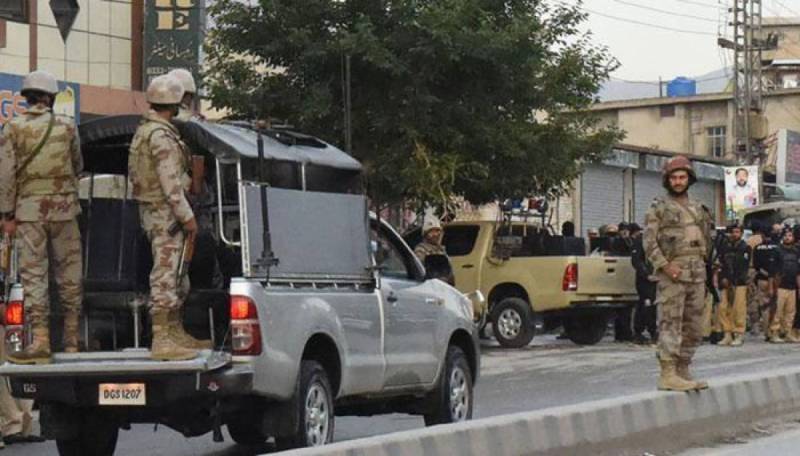 According to Inter-Services Public Relations, the FC post was targeted by terrorists near Pir Ismail Ziarat in Quetta late Monday. The attack led to an exchange of fire which continued for some time. ‘4-5 terrorists [were] killed while 7/8 are injured. During the exchange of fire four brave FC soldiers embraced martyrdom while 6 soldiers got injured’, the statement reads.

The second terror attack occurred in the Turbat area where terrorists targeted a vehicle of Frontier Corps with an improvised explosive device (IED). Two of the soldiers of the paramilitary force got injured.

The statement of ISPR further added that ‘hard-earned peace and prosperity in Balochistan could not be sabotaged by such coward acts by anti-state forces as Pakistan armed forces are determined to neutralise their nefarious designs even at the cost of blood and lives’.

RAWALPINDI - Three soldiers of Frontier Constabulary (FC) were martyrdom while five others injured in the line of duty ...

In the recent unrest in the country’s southwestern province, three Frontier Corps (FC) soldiers had embraced martyrdom while five others injured in the line of duty during two separate terrorist activities in Quetta and Turbat on May 9.

RAWALPINDI – One Pakistani soldier wounded after extremists from Afghanistan resorted to firing across the border ...