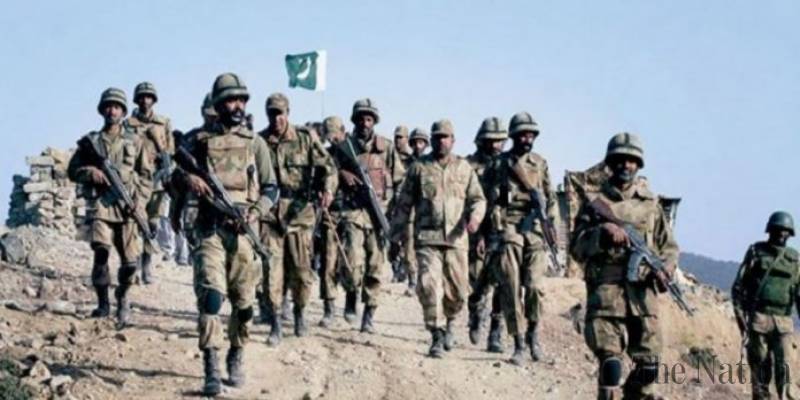 RAWALPINDI – One Pakistani soldier wounded after extremists from Afghanistan resorted to firing across the border at a military checkpoint in Bajaur District, the Inter-Services Public Relations (ISPR) said.

According to military's media wing, Pakistani troops promptly responded to the attack. Pakistan has consistently been requesting Afghanistan to ensure effective border management.

"Pakistan strongly condemns the use of Afghan soil by terrorists for activities against Pakistan," the statement added.

Three days ago, four FC personnel embraced had martyrdom and six others suffered injuries in a cross-border attack from Afghanistan.

QUETTA – At least four troops of the Frontier Corps were martyred while six others were wounded after suspected ...