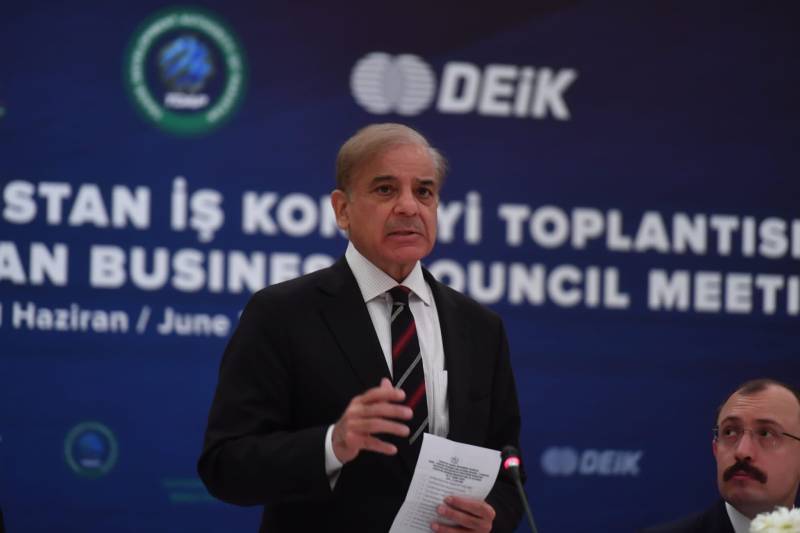 Addressing the Pakistan Turkey Business Council under the DEIK – Foreign Economic Relations Board, the premier said the South Asian country could prosper with Ankara’s support while Turkish companies stood to make a profit by investing in different projects.

He maintained that Pakistan has a giant automotive industry but Turkey’s is far superior, proposing collaboration between the two sides to uplift sales between themselves and other countries.

Pakistan’s energy sector with its vast potential in hydel, thermal, coal, wind, and solar areas could prove ideal for Turkish investors, he added.

Recalling the ties between the two Islamic nations, he said Pakistan and Turkey built unbreakable bonds of love, affection, and respect as the two countries shared a history, century-old tradition, and common aspirations.

PM added taking this relationship to new heights, particularly in the vital fields of commercial, economic, and investment cooperation.

During his address, he expressed hopes that Turkish textile companies could explore the sector for joint ventures, especially for intra-industry trade as well as becoming partners.

Highlighting the priorities of the incumbent government, the PM said the challenges of industrial sustainability, particularly given the global fourth industrial revolution were significant.

The South Asian nation with its huge youth bulge could undergo remarkable progress and development in various sectors of public importance, he maintained.