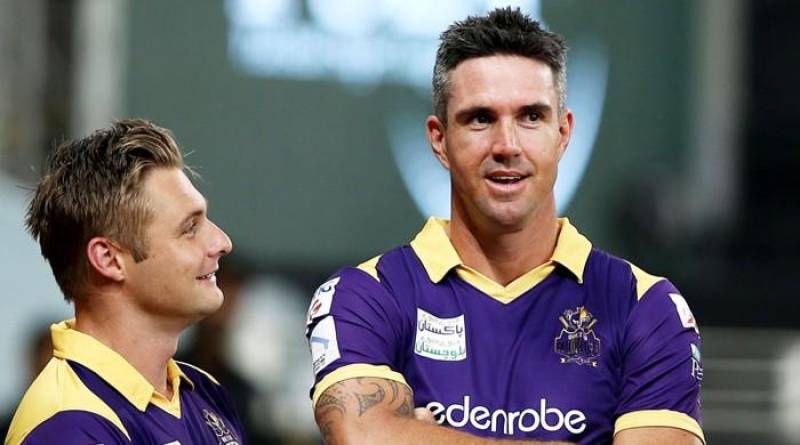 DUBAI - A very shocking and sad news for cricket enthusiasts as all foreign players associated with the Quetta Gladiators have ruled out to play the final of the Pakistan Super League in Gaddafi Stadium Lahore.

English cricketers Kevin Pietersen, Luke Wright and Tymal Mills confirmed their unavailability for PSL final in Lahore scheduled to be held on March 5, in series of tweets shortly after the Gladiators win against Zalmi in Sharjah. 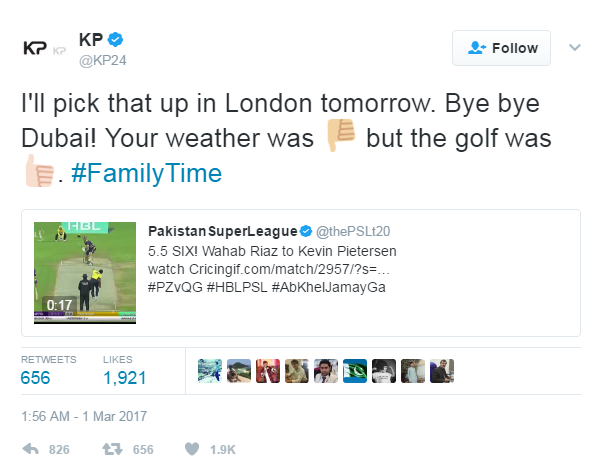 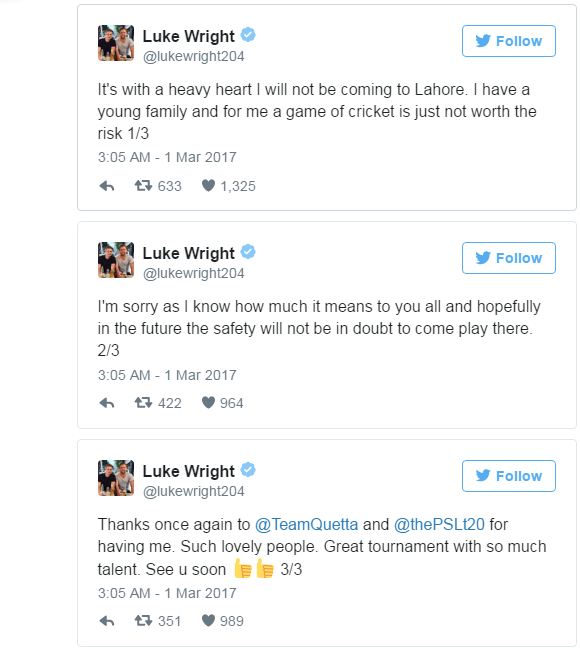 It may be mentioned that a recent spike in terror activities in Pakistan could definitely be an impetus for international players to refrain from playing PSL final in Lahore, however, the cricketing board and top state institutions are burning the midnight oil to ensure foolproof security for the prestigious event.

The decision to hold the final was taken at a meeting chaired by Punjab chief minister Shahbaz Sharif. Addressing the meeting, Shahbaz said foolproof security would be ensured for the final. He directed the cabinet committee to make best arrangements and review security and other measures on daily basis. He said he would personally monitor the progress regularly.

'I would personally monitor the progress regularly' asserted Shehbaz Sharif.