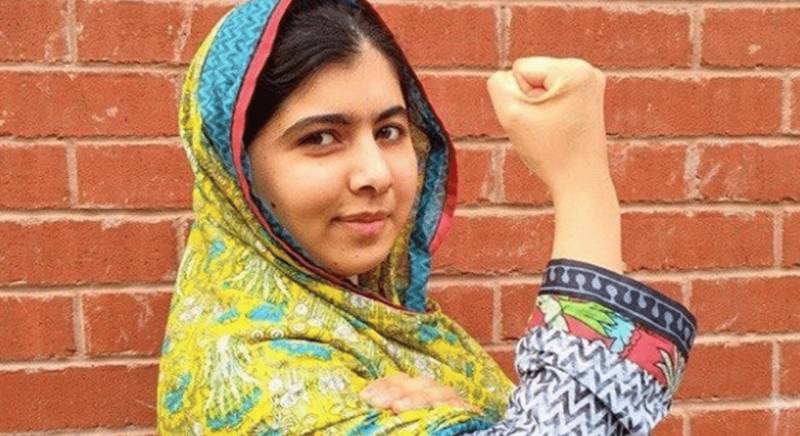 LAHORE - Malala went from an education activist in Pakistan to the youngest Nobel Peace Prize laureate in no time. She was rescued from Pakistan and settled in United Kingdom after she was attacked here.

Nobel Peace Prize winner and Goodwill Ambassador to the United Nations, is under fire since she left Pakistan and is mostly trolled for her new abode. However this time she is being trolled for advocating peace which is a completely ridiculous stance by people who are aiming to put her down by considering this to be a justified opportunity, but WHAT? Seriously, guys?

Shhh.. No one asks that question.
That and why she hasn't returned to her peace loving homeland yet. NO ONE DARE ASK SUCH QUESTIONS.

Don’t you have the guts to say #SayNoToTerrorism? What a Hypocrisy! The country you have run away from is the epicenter of terrorism, unfortunately is our neighbour. Teaching them a lesson is the only way left after restraint and peace of 70 years from our side.

A Nobel Laureate who dare not visit her own country which gave her this stature?

Dont Know Why Malala does not speak about human rights violation Within Pakistan Specially those happening with Pashtuns .??

Thats simply coz she knows only Indians will put up with these kinda BS. If she was on the other side then by now she would be halal meat by now.

Well, war is on everyone's mind and social media warriors are carrying it out through their phones/laptops. Give peace a chance and see what wonders it can do, dear war cheerers.

Pakistan will release captured Indian pilot Abhinandan Varthaman today (Friday) as a gesture of peace towards New Delhi and a step showing de-escalation in favour of regional peace.