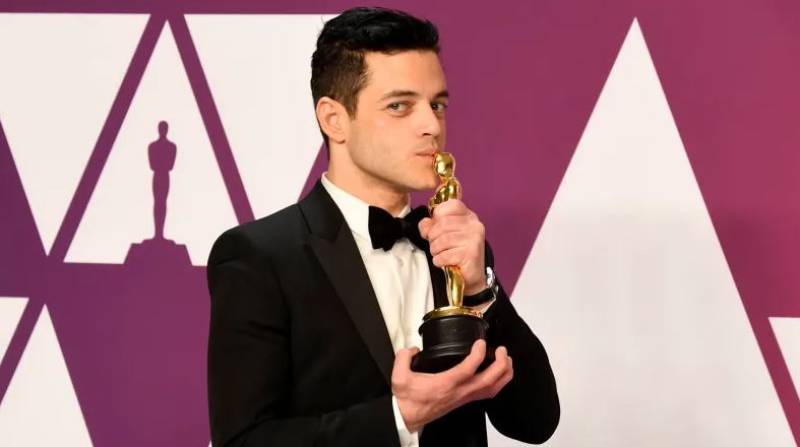 LOS ANGELES - Arab-American star Rami Malek has bagged in Oscars for the 'Best Actor' category at the 91st Academy Awards for Bohemian Rhapsody, it seems that Rami Malek’s next big project could find him facing off against Daniel Craig in his fifth and final James Bond film.

Rami's role as a villain was already being a hint by the press in the past also as it was reported that Malek was being eyed for the villain role in BOND 25 last year, but it was thought that the shooting schedule for the final season of Mr. Robot would be an obstacle.

But it seems that the makers are still quite keen to have the actor onboard and have apparently been working hard for months in order to accommodate shoots for both Bond 25 and Mr. Robot as reported by English daily 'US- Weekly'.

LOS ANGELES - The American-Arab based actor Rami Malek has won the best actor Oscar for his portrayal of rock star ...

The media correspondents say that meetings with other actors for the role have taken place, but it’s clear that Malek is the favorite, especially after his recent Oscar win.

Collider as also made it clear regarding Malek's role by claiming that the officials are in“final negotiations” for the role, but admit that the deal is not yet done. We’ll have to wait and see but Malek would certainly make for a great addition to the Bond franchise.

A post shared by Jack in love with Paris&France (@jon_erik_chedid)

In other Bond 25 casting news, Other stars which are being considered for the role include Billy Magnussen (Maniac) as a top choice to play an American CIA operative (similar to Jeffrey Wright’s Felix Leiter) who crosses paths with Bond.

Bond 25 is expected to kick off this spring under the direction of Cary Fukunaga (True Detective), and, in addition to Craig, it’s expected that Lea Seydoux, Ralph Fiennes, and Naomie Harris will be back as well.