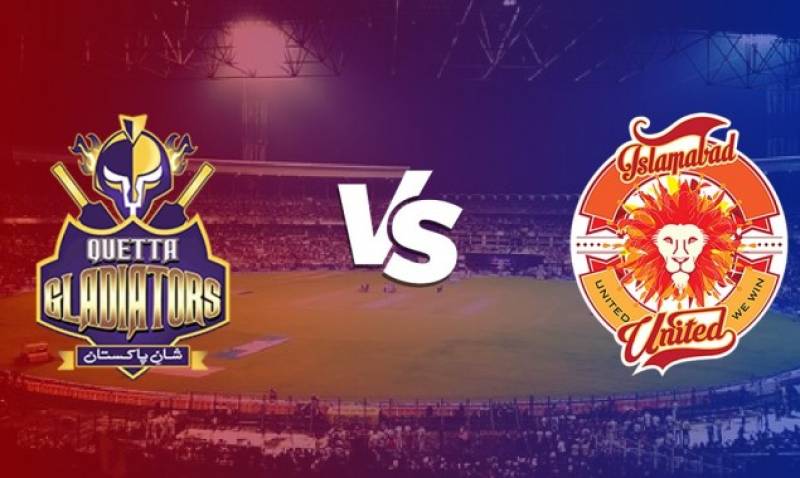 KARACHI – Another high voltage clash expected between Quetta Gladiators and Islamabad United today as both teams will be locking horns at the National Stadium Karachi today.

The match will start at 1900 hours Pakistan Standard Time.

Islamabad United has won two of the three games, whereas Quetta Gladiators has lost three games and they would want to change their fortunes. Faf du Plessis made a brilliant debut in the last game, whereas Sarfaraz is also batting well.

Earlier on Sunday, Lahore Qalandars chased down a challenging total of 187 and won by six wickets against Karachi Kings, in the eleventh match of the Pakistan Super League's sixth season at the National Stadium in Karachi.

KARACHI - The eleventh match of the PSL 6 between arch-rivals Lahore Qalandars and Karachi Kings is underway at the ...