Rizwan named captain of PSL 6 team of the tournament 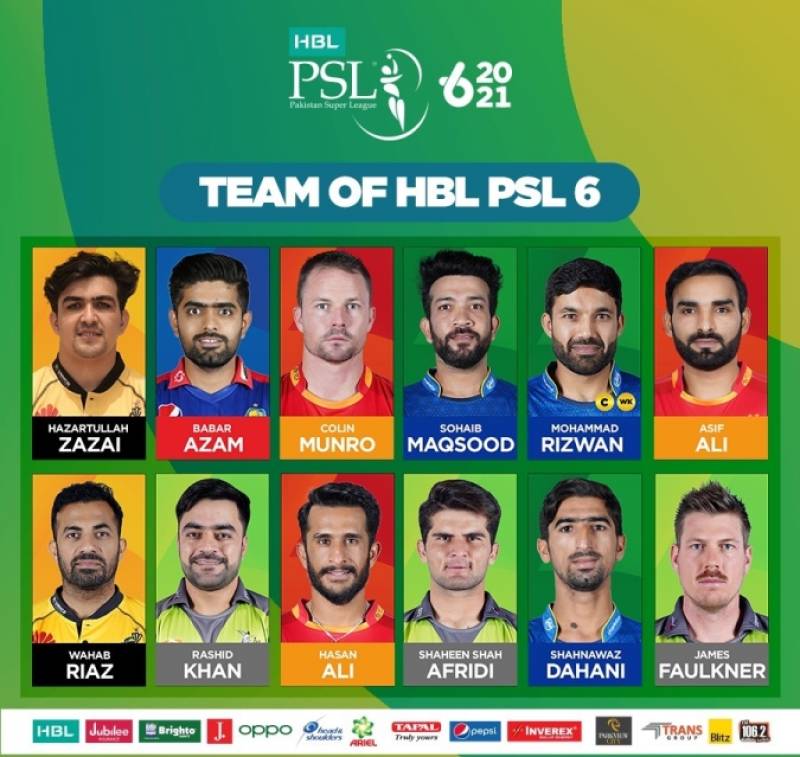 ABU DHABI – The Pakistan Cricket Board on Friday announced the Team of HBL Pakistan Super League (PSL) 6, which includes three players each from Islamabad United and Multan Sultans, two players each from Lahore Qalandars and Peshawar Zalmi, and one player from Karachi Kings.

The Team of HBL PSL 6 was selected by the distinguished and highly respected former international cricketers and commentators, including David Gower, Pommie Mbangwa, Ramiz Raja and Sana Mir. The session was chaired by Nadeem Khan, Director- High Performance and Chairman of the Event Technical Committee.

Multan Sultans’ Mohammad Rizwan was named captain after he inspired and motivated his side to jump from fifth position after 14 Karachi-leg matches to second position following the conclusion of the 30-league matches. Sultans clinched their maiden HBL PSL title beating Peshawar Zalmi by 47 runs in the final.

Rizwan finished the tournament with 500 runs with four half-centuries from 12 matches at an average of 45.45 and strike-rate of 127.87. He also accounted for 20 batsmen behind the wickets to win the Best wicketkeeper of HBL PSL 6 award.

Rizwan is the third different captain of the Team of HBL PSL since the initiative began in 2019. Sarfaraz Ahmed was named captain in 2019, while Shadab Khan was nominated captain for the 2020 side.

Underdogs Multan Sultans defeated the favourite Peshawar Zalmi in the final of the sixth edition of the Pakistan Super ...

Off the 11 playing members selected based on their contributions as well as the impact of their performances on team results, Asif Ali, Babar Azam, Hasan Ali, Shaheen Shah Afridi and Wahab Riaz have been selected for the second time, while Babar and Shaheen are the only two players who have retained their places from the 2020 side.

Babar has been chosen to open the innings with Afghanistan’s explosive batsman Hazratullah Zazai, with Colin Munro, Sohaib Maqsood, Mohammad Rizwan and Asif Ali to form the middle-order.

Team of HBL PSL 6 (in batting order) (as per the criteria, playing XI must include a minimum of two and a maximum of four foreign players and one emerging category player):

A special flight of Pakistan International Airline (PIA) carrying the national cricket team took off from Lahore for ...