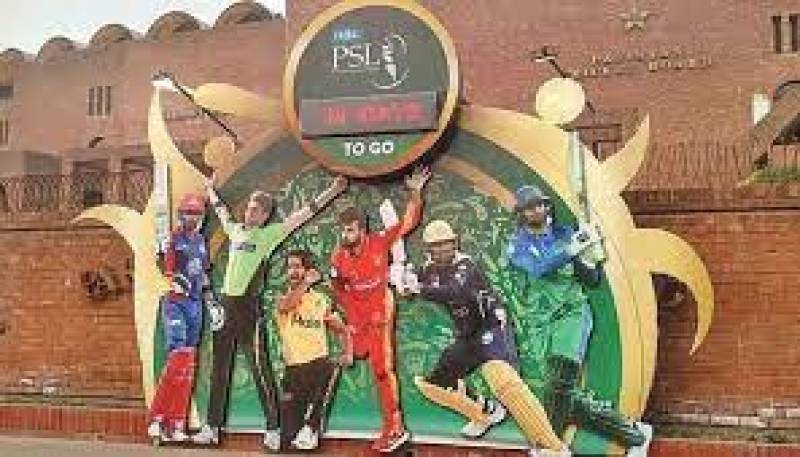 LAHORE – The remaining matches of the Pakistan Super League (PSL) season 6 will be held from June 1, said the Pakistan Cricket Board (PCB) on Sunday.

The decision was made during a virtual meeting of the Board of Governors of PCB. This was their 62nd meeting overall and second of the year.

The PCB said that the tournament would resume after the players and officials undergo a seven-day quarantine stay at one hotel and following three training sessions. The PCB said that all the remaining matches would be played at National Stadium Karachi.

The BoG was informed that as part of the strategy to ensure the HBL PSL 6 resumed and completed in a safe and secure environment, the PCB was in final stages of appointing a globally-recognised safety management company that specialises in providing Covid-safe technology solutions, bio-secure monitoring & management, as well as response and reaction to positive tests.

The members were informed that a mandatory seven-day quarantine period for all participants will commence from 22 May in one hotel and following three days of training sessions, HBL PSL 6 matches will resume on 1 June with the final scheduled for 20 June.

Here is the schedule of the remaining matches: 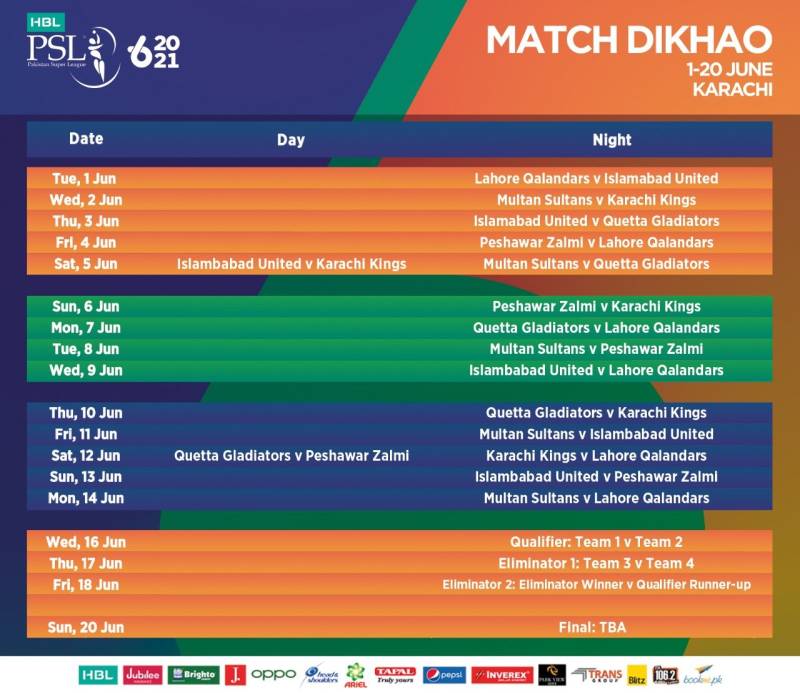 The sixth edition of the Pakistan Super League was postponed last month due to rising COVID-19 cases among the players and officials involved in the tournament.