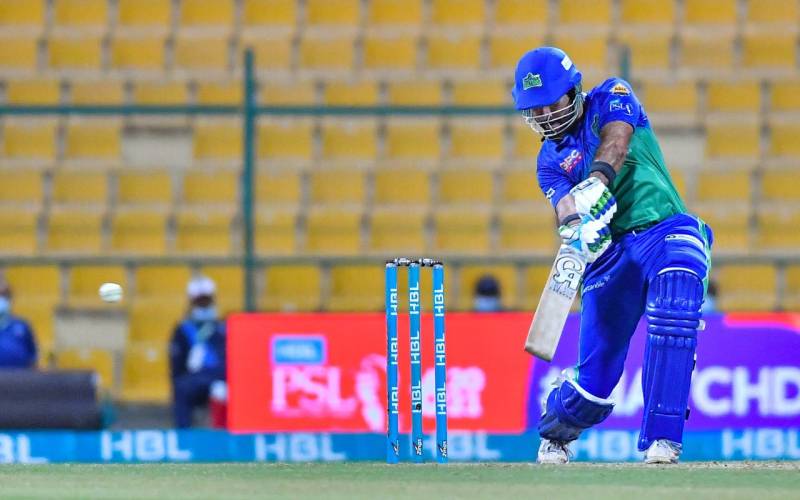 Shan Masood (37) and Mohammad Rizwan (30) took a steady start as the team lost first wicket at 68 runs when the latter was dismissed by Mohammad Imran.

It's Pakistan cricket - of course there is a young fast bowler making a name for himself in the final!@realmimran14pk now with both wickets to fall so far 🙌🏼 #HBLPSL6 | #MatchDikhao | #MSvPZ pic.twitter.com/exrkSHX2xU

After 33 matches, the sixth edition of the country’s biggest T20 tournament will have a crowned champion when Sultans will take on Zalmis with the first ball to be bowled at 9:00 pm.

Wahab Riaz led Zalmis will be playing their fourth final while it will be the first experience for Multan who qualified for the key clash after defeating Islamabad United by 31 runs in the first PSL qualifier. The win in the first qualifier had put aside Multan’s dubious record of being the only PSL side without a final appearance so far.

Ahead of the high final match, both captains have set their sights on the glittering PSL 6 trophy. Zalmi captain in a virtual press conference on Wednesday said ‘Since the beginning of the Pakistan Super League, Peshawar have played like a family. We believe in the Team mantra (Together Each Achieve More). This mantra is one of the reasons for our success. All our squad members and the team management of Mohammad Akram and Daren Sammy have a big part to play in our success. We play an aggressive brand of cricket and believe in taking the game to the opposition, we will play the final with the same frame of mind.’

Adding that ‘he was wary of ‘dangerous’ Multan ahead of the PSL final as it would be a battle of nerves between the two teams in the final. It is going to be our fourth final. We know the pressure of the final. Multan Sultans are undoubtedly an outstanding team and they have made a great comeback, a very dangerous team for sure, but the pressure of the final will be different. The final is all about who enjoys the game more,' he further added.

On the other hand, Mohammad Rizwan-led Sultans were languishing at the fifth spot with just a win from five games when the tournament was suspended in Karachi on 4 March. However, the Abu Dhabi leg has brought them an incredible change in their fortunes with them clinching five victories in six games, including the qualifier victory over Islamabad United.

Mohammad Rizwan said during a press briefing on Wednesday said Sultans are fully prepared and go all out for the trophy. We will put in our best effort and will pray to God Almighty for the desired result, he said in a presser.

ABU DHABI – Peshawar Zalmi on Tuesday beat Islamabad United by 8 wickets to reach the final of the Pakistan ...

Player of the tournament – PKR3million