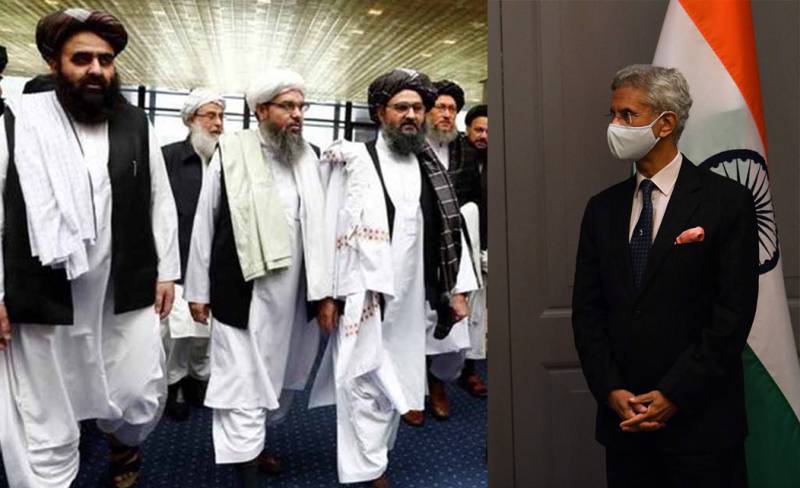 DOHA – An Indian delegation led by the Minister of External Affairs made a secret visit to the capital of Qatar to meet with the Taliban representatives, reports in international media cited.

The development comes days after India’s top diplomat and Minister of External Affairs Subrahmanyam Jaishankar made a quick stopover in Qatar on June 9 and June 15 when he met Zalmay Khalilzad along with other top officials.

This is not the first time, as New Delhi had approached the Taliban in the past, however, this is the first time a senior Qatari official confirmed that a direct meeting has taken place between India and the Afghan militia.

Meanwhile, there has been no response from the Indian government following the critical remarks by the Qatari senior official.

Qatar has for years hosted the Taliban's political office and facilitated negotiations with the western world besides the Afghan government. Experts believe India’s investment of billions of dollars in Afghanistan is the motive behind the secret talks as it seeks to strengthen its role in the war-torn country.

Meanwhile, it remains uncertain how significant were the discussions between the two sides. India’s official policy has been to not recognise the Taliban, with the Afghan government accorded the recognition as the only legitimate stakeholder in the South Asian country.

On the other hand, The Taliban have carried out a wave of offensives in Afghanistan's north in recent days and captured a border crossing with Tajikistan, moving beyond their southern strongholds as international forces withdraw.

The taking of the Shir Khan Bandar, about 50 kilometres from Kunduz city, is the most significant gain for the Taliban with peace talks between the armed fighters and Kabul deadlocked. The development came a few weeks after the US began the final stage of troop withdrawal from Afghanistan in May.

Taliban spokesman Zabihullah Mujahid confirmed the group had seized the border post, on the south bank of the Pyanj River.

Shir Khan Bandar is marked by a 700-meter US-funded bridge that opened to great fanfare in 2007 with the aim of boosting trade between the Central Asian neighbours. It is a sprawling dry port capable of handling up to 1,000 vehicles a day.

The capture of Shir Khan Bandar, a key trade route to Central Asia, was a “significant blow” to the government, said Afghan security analyst Atiqullah Amarkhail.

“The failure to effectively defend this important port may be indicative that the government is struggling to maintain the initiative on the battlegrounds,” he said.

The top UN official in Kabul also warned the international community Tuesday about the Taliban’s gains in an address to the UN Security Council.