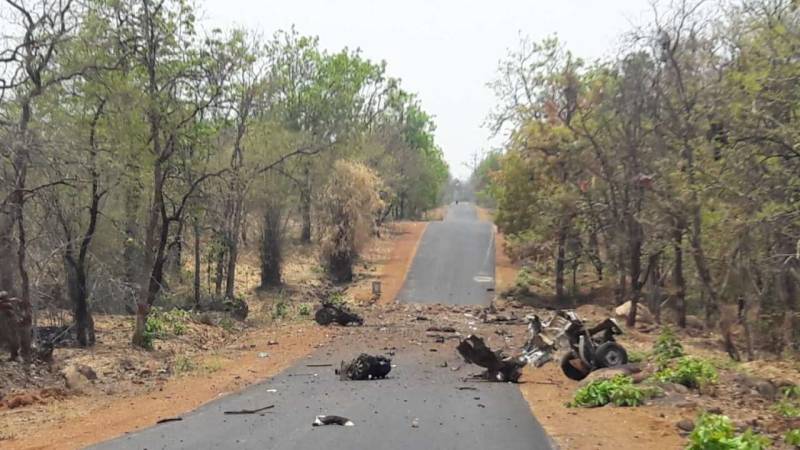 NAGPUR – At least 15 security personnel have been killed in an IED blast by Maoist rebels (Naxals) in Gadchiroli district of Maharashtra on Wednesday.

Commandos were on patrol duty on two security vehicles on the Naxal-affected Kurkheda-Korchi road of the district when landmine blast took place amid celebrations of state's foundation day.

Civilian driver of the Commandos was also killed in the blast.

This attack has been termed as the biggest attack on security forces in the last two years in the state.

The attack comes after late last night, in an act of arson, Maoists set fire to the vehicles deployed for road work in Kurkheda tahsil of Gadchiroli district.

DANTEWADA – A sitting lawmaker of the India’s ruling Bharatiya Janata Party (BJP) along with five security ...

The Maoist insurgents, known as Naxals, have been fighting the state for decades, saying they are fighting for people left out of a long economic boom in Asia’s third-largest economy.

The rebels have thousands of fighters and are active in several parts of India. They routinely attack government troops and officials.