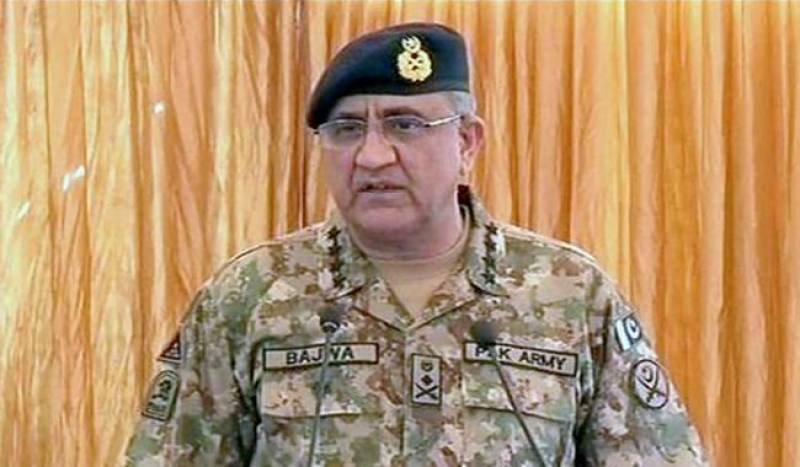 By lifting the province to its “rightful place,” the CPEC will be able to achieve success in true means, the Army Chief said on Tuesday.

He was speaking on a ceremony regarding prize distribution among participants of the Pakistan Motor Rally 2017, began on October 21 from Khunjerab and ended at Gwadar on Tuesday night. Chief Minister Balochistan Nawab Sanaullah Khan Zehri and other officials were also present on the occasion.

Director General (DG) of the Inter-Services Public Relations (ISPR) Major General Asif Ghafoor in a tweet said the army chief believes, "CPEC will be truly successful when it lifts Balochistan to its rightful place. [The] army shall extend full support for its socio-economic development”.

"CPEC will be truly successful when it lifts Bln to its rightful place. Army shall extend full support for its socio-eco dev" COAS. (2/2) pic.twitter.com/05DYBfVOZ0

"The Pakistan Army will extend full support and assist the socio-economic development of Balochistan by the government," the army chief said.

He said “Pakistanis are peace and sports-loving resilient nation, bound to rise despite all challenges," adding that the motor rally indicated stability in country.

"Every Pakistani from Khunjrab to Gawadar is committed to peace and progress of the country," the COAS said.

He also acknowledged the efforts of organisers, participants and the supporters to make the rally successful.

Earlier, on arrival, the COAS was received by Lt Gen Asim Saleem Bajwa, Commander Southern Command and the host organiser of the event.